Charles de Gaulle airport is the larger of the two airports serving the French capital Paris and is the largest international airport in France.  It is the 8th busiest airport in the world and second in Europe only to Heathrow in London. 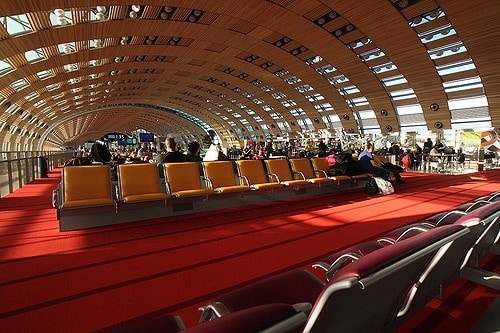 The airport is located 14 miles to the north-west of the city of Paris and has three terminals, numbered 1, 2 and 3.  Terminal 2 was originally built solely for Air France but now is used by other airlines while Terminal 3 serves charter and low-cost airlines.

Most of the airlines have their own lounges around the airport, so you will use the one corresponding with the company with whom you are travelling.  Most of these lounges offer complementary free internet but the rest of the airport does charge to use the internet.  So if you want to get the best of mobile casino

or check up on your favorite sports team while you are waiting, it may be best to do so in the lounges or use your cell phone.

There are plenty of airport and tourist information points around the terminals to give you advice and help if you need it.  Most are close to the various exit points and the airport information booths are open between the first and last flights of the day.

Each of the terminals have a number of eating and drinking places as well as shops to help kill time while waiting or to grab a snack before heading into Paris.  Many are open from 6am through to late on an evening, some as late as 11pm.  There are even snack facilities in the train station connecting the airport with the city. 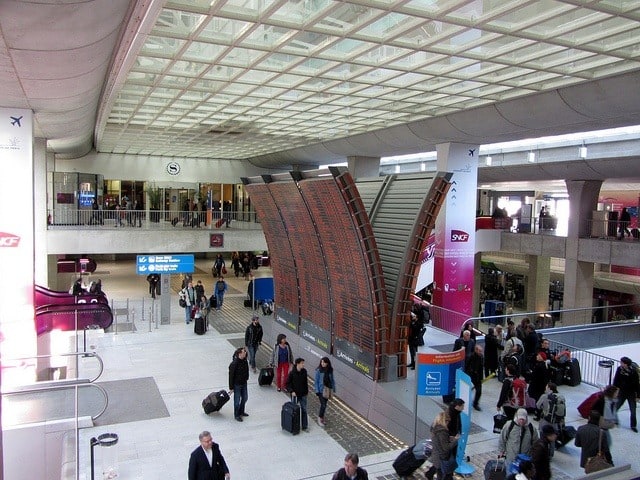 Travel between terminals can be done on foot in some cases while there are also CDGVAL shuttle trains that connect the different locations as well as shuttle buses.

The quickest way to get into Paris from the airport is to use the train with the RER B (blue) train line have a station at both Terminal 2 and Terminal 3.  You can reach these stations from Terminal 1 using the free shuttle bus.  Tickets can be bought at the blue ticket machines and stops include central stations such as Gare du Nord.

The Roissybus leaves from all three terminals and takes around an hour to reach the city center, with running times around every 15 minutes.  There are also other buses that run to different parts of the city.  Air France operates a coach service for its passengers and there are taxi tanks at each terminal for those preferring this method of travel.