Downtown Dhaka is chaotic during most parts of the day. It's also an adventure offering outstanding visuals from its many food sellers to it's bustling and crumbling port. See for yourself. [youtube]http://www.youtube.com/watch?v=mVWCitbhgcE[/youtube] … END_OF_DOCUMENT_TOKEN_TO_BE_REPLACED 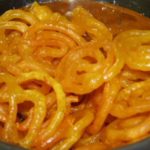 As I lounged around my buddies apartment escaping the hectic potholed streets of Dhaka I started reading an older version of the Bangladesh Lonely Planet guide book laid out on the coffee table. What stood out most from the guide book was the introduction aimed not at travelers, but aid workers … END_OF_DOCUMENT_TOKEN_TO_BE_REPLACED

The afternoon began with. A international government agency staff member, who will remain nameless, and I were dropped off near downtown Dhaka, which is a story in of itself. Head on over to GoBackpacking.com to read my article on insane Dhaka traffic. Our plan - to stay overnight in a hotel, began after settling into our hotel rooms in … END_OF_DOCUMENT_TOKEN_TO_BE_REPLACED