You are here: Home / Uncategorized / Check Out the Hippest Restaurants in London

Recently, I was in London with my girlfriend. She had never been there before, and I felt as though it was up to me to show her a good time. And by a “good time” I didn’t mean show her the same landmarks that every other tourist comes to London to see. I wanted to show her the London I fell in love with when I first visited years before. The energy of the streets, the culture, the colors. In other words, I wanted her to experience the “real” London.

Having decided that I would do everything in my power to make my girlfriend fall in love with London (just as I had), I realized that the best way to introduce her to the new culture was by checking out some of the local cuisine. Because let me tell you, it’s impossible not to fall in love with the city after you check out the hippest restaurants in London 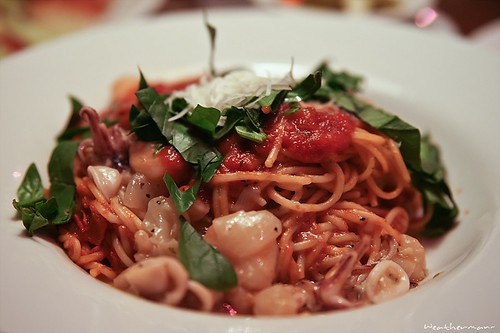 One of my personal favorites is Berners Tavern

. It’s located within the fantastically beautiful London Edition Hotel, and offers one of the most interesting and delicious modern British menus I’ve ever come across during my travels. While the food is amazing (and don’t get me wrong, the food is amazing), my favorite part about the meal had to be the atmosphere. This is, by far, one of the most stunning restaurants I’ve ever seen. It offered elegance on a scale that neither I nor my girlfriend were typically used to, yet the nature of the building, atmosphere, and even the menu, ensured that we never felt out of place.

After showing her a whole new side to London

, I could see the excitement in her eyes; the same look I must have had in my eyes years ago as I arrived in this beautiful city for the first time. I could tell that she had begun looking at the city from a new perspective, and nothing could have made me happier. Needless to say, this won’t be her last trip to London, and it most certainly won’t be mine.