You are here: Home / Latin America / Bolivia / Driving the Most Dangerous Road on the Planet (with One Eye!)

Riding as a passenger on a bus or van on an Andean highway can be a scary experience. There’s constant blind  turns and perpetual thousand foot drop offs at the edge of the road, and both features are elevanted from dangerous to terrifying by the fact that the people driving on those twisty mountain highways appear to take an  anarchist perspective toward basic traffic laws.

Riding can be scary. But driving on the Yuga highway, a 40-mile stretch of road linking the Bolivian capital of La Paz to the city of Coroico that has been called the most dangerous highway on earth, is a nerve-fraying, adrenaline dump of terror that was punctuated by my pathetic calls for divine intervention. Driving on the Yugas is study on the slight upperhand man has over nature, and how quickly nature, like great arm wrestler, can give you a false sense of confidence before slamming your tiny monkey hand down on the table for the victory.
Sexy Prom Dresses 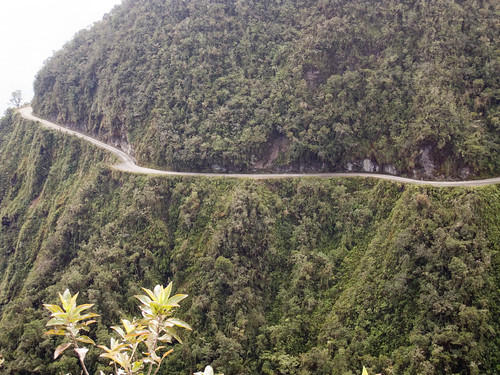 A few hundred people die every year on this highway. As I left La Paz, chewing coca leaves to ease my nerves, I could immediately tell why. First of all, you have to drive on the left, so the people driving down the twisting descent toward Coroico have the better view of what’s ahead. You drive on the right everywhere else in Bolivia, so right away you can tell that even among the rest of the winding roads that are commonplace among the Andes, this was different enough that they had to change the rules for it.

Of course, this is a general sort of guideline, since most of the time there is only one lane on the Yungas highway. And that one lane is INCREDIBLY narrow. I drove most of the way with my head out the window, trying to get a few more inches of visibility. I can’t even imagine driving a huge truck or bus. 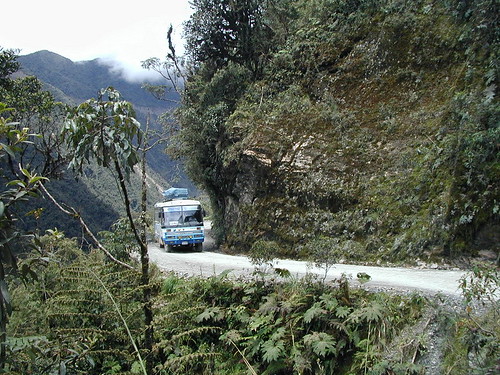 It was already scary enough driving on the gravel road and hoping every turn among the mountainside didn’t have an oncoming dump truck on the other side of it, but then the fog set in, and every few feet became a blind curve, and blind curves became somehow even more horrifying. They were extra blind.

The scariest moment of the drive, and I’ll be honest, maybe my life, was when I was approaching a blind curve, while speeding up down a straight away in an attempt to pass a European looking band of bicyclists before I got to the curve. I had my head out the window to get a better look around the bend when a bug, in an attempt to kill me and everyone on the road, maliciously flew into my left eye.

I swore, I yelled to no one in particular to “watch out!” and struggled to at least keep my right eye open as I could feel the bug struggling for survival underneath my eyelid. I saw, vaguely, through the veil of tears my eyes were producing to keep the bug from ruining my eyeball, a truck coming the other way. With no vision in my left eye I hugged the edge of the turn and came within a few inches of losing the front left wheel over the guardrail-less edge, which in turn would’ve sent me thousands of feet to my death.

I somehow survived. The bug did not.