You are here: Home / Uncategorized / E-Cigarettes: Why This Smoker Will Never Smoke A Traditional Cigarette Again

I have always been a traditional cigarette kind of guy. When I was asked to try the new Intellicig, I was skeptical at first. I never really imagined that smoking an e-cigarette

would change my life in any substantial way, but after trying it, I realized just how wrong I was. 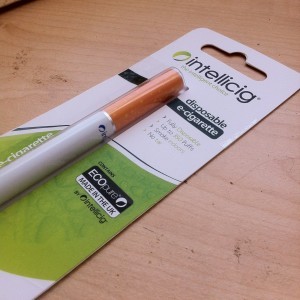 The greatest and most obvious benefit of using the Intellicig was being able to smoke wherever I wanted, without having to worry about any offensive odor. Waking up in the morning used to be the hardest part of my day. Having to get out of bed, get bundled up, and stand outside in the freezing weather just to enjoy a smoke wasn’t exactly the most relaxing way to start my day. The Intellicig has changed all of that. Now, instead of spending more time preparing to smoke a cigarette than it actually takes to smoke one, the Intellicig is waiting on my nightstand, ready whenever and wherever I am.

If you are like me, then you are probably sick of being tethered to your ashtray. Let’s face it, it’s an annoying part of being a smoker. The Intellicig is, to my knowledge, the best way to cut that tether. It’s small enough to carry around in any pocket and generates absolutely no mess whatsoever, meaning I can walk from room to room in my house, smoke whenever I want, and I never have to even think about straying too far from an ashtray. 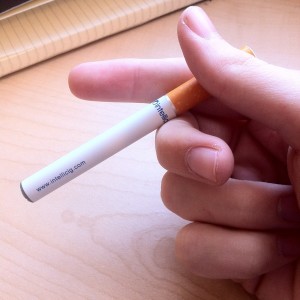 We all know that there’s no better way to balance things out after a meal than with a cigarette. Unfortunately, us smokers haven’t been able to smoke in our favorite restaurants for a long time. Having said that, my favorite part about trying the Intellicig had to be being able to smoke in my favorite diner again. Pulling up a stool and enjoying a smoke as I waited for my food was an amazingly refreshing experience. I never realized how much I missed being able to smoke literally wherever I wanted, and the Intellicig has given me that freedom once again.

Maybe I have been too resistant to progress in the past, because after trying the Intellicig, I can’t imagine why anyone wouldn’t want to smoke a cigarette that produces no offensive odor or ash, and allows one to smoke wherever and whenever one wants. It’s simple really. The Intellicig is better than the traditional cigarette in literally–LITERALLY–every way possible.