You are here: Home / North America / Exploring the history and architecture of the city of Savannah, Georgia 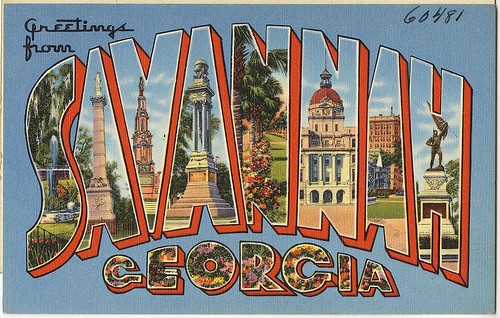 Savannah was founded in 1733 when British Governor, General James Oglethorpe

, established a colony, taking the region from the Spanish. Oglethorpe designed a series of shady squares where people could come together and socialize, and more than 20 remain today for visitors to explore.

Come and see where one of the bloodiest battles of the American Revolution was fought in 1779 between the British and an American and French army, resulting in the death of Count Casimir Pulaski, one of the fathers of the US cavalry, who died fighting for American liberty.

Sample the southern hospitality this region has to offer and find out how Savannah was claimed by Union troops and presented to President Abraham Lincoln as a Christmas gift in 1864.

Visitors can stay in an inn on the Riverfront, or in the heart of the Historic District in a hotel, inn, luxury villa, or even a cozy motel. The Studio Homes at Ellis Square is a Blue Green Resorts

in Bryan Street, Savannah. It boasts a private rooftop lounge overlooking downtown Savannah, the far off Tybee Island and the Savannah River. It has a choice of one or two bedroom suites (each with a fully equipped designer kitchen), an on-site pizza restaurant, and secured valet parking, which is not typically found in Savannah.

Savannah is a city that has something for everyone; entertainment, shopping, restaurants and eateries, and more than its fair share of colonial history. Famous for its squares, tree-shaded streets, and beautifully preserved homes and buildings from the 19th century, visitors can find out for themselves how Savannah was one of the richest ports in the South, and how steam ships left from here to cross the Atlantic nearly 200 years ago.