You are here: Home / Uncategorized / How much do you Know About Your Holiday Destination?

When you’re going on holiday abroad you make sure you sort everything out; you book the flights, Jetparks airport parking

for the airport, transfers from the airport, your clothes and essentials like sun tan lotion and so on. After all you don’t want to forget anything.

However during this mad dash to ensure you have everything in your suitcase, many British people forget to check what they can and can’t do in the destination they’re heading towards. A recent study found that when travelling abroad a fifth of Brits didn’t think that foreign laws applied to them whilst ‘just visiting’; with 22% thinking they had to abide by British laws despite being in a foreign country[1] 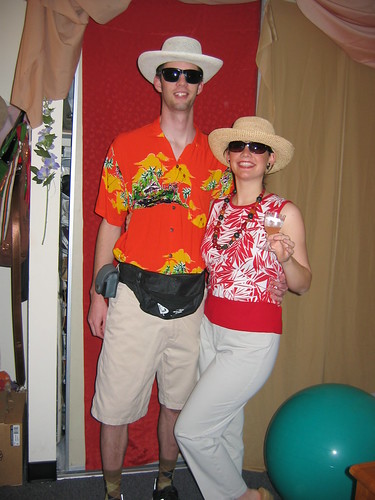 Despite many thinking this; whilst in the borders of another country you have to abide by their rules, whether you’re native or just visiting. There are many laws in the United Kingdom that simply don’t apply in other parts of the world. Some may surprise you and some may not, however without researching what can and can’t be done at your holiday destination you could land yourself in a lot of trouble, whether you meant to or not.

In the UK, binge drinking is an often discussed topic, and as a nation the British are particularly fond of a drink. The fact that millions of young people head out to places like Ibiza and Magaluf every year shows just how much Brits enjoy a drink in the sun. But in a number of countries, drinking alcohol isn’t as much of a shared social experience. Drinking or being under the influence in the street in places like Abu Dhabi, Egypt, Oman and Dubai is an offence punishable of jail, deportation or a hefty fine.

Most of us have seen Sex and the City 2 or the American Dad Saudi Arabia song, which are funny but as far from real life as possible. In countries that are steeped in religion, specific dress codes, especially for women, are imposed. Therefore tourists who are going to be visiting rural areas or markets should cover up in accordance with that country. Swimwear is also a touchy subject and should only be worn on resorts or tourists beaches.

The UK is pretty relaxed with the subject of homosexuality, with it being one of the best places in the world for gay people to live in terms of equal rights. However there are many countries where homosexuality is still illegal, and can result in fines and jail time if reported to authorities. Even if homosexuality is legal in a country does not mean it’s widely accepted, therefore public displays of affection should be avoided (in some countries this also applies to straight people) as you may still be prosecuted due to vague public decency laws, therefore check out the country before you visit.