You are here: Home / Latin America / Colombia / Maybe The Hardest Part of Traveling Is Boarding The Bus

I did become much more active since my last post. The following day i woke up before 1 pm for the first time in a while and took the metro to the bus station where i bought a $5 ticket to Guatape. Of course, i was a bit rusty from not traveling for a few weeks. The bus was leaving in the next minute but i was not prepared to go on a 1 1/2 bus ride without breakfast and so i ran off to quickly buy a few empanadas and of course missed the bus.

Not to worry because in South America i could easily board another bus leaving less than 30 minutes later. And so like always, i asked the guys hanging around the bus if the colorful coach that must have been painted in the 80´s was headed for Guatape. After some confident confirmation i waited for the next half hour while the same vendors from the last bus boarded the bus to sell their wares: wafers, mints, ice cream, etc.

About 10 minutes into the trip the bus attendent began checking tickets. There are almost always two workers on a long distance South American bus; the driver and the guys who checks tickets, sells tickets, scans the road for potential passangers, and yells the bus´s destination out the window at every person on the side of the road. Anyways, when he finnally reached my seat he confirmed that the bus was headed for another destination and i was not even with the correct bus company. For the next few minutes i held up a full bus while i tried to understand in Spanish what exactly was happening and why everyone was staring at me.

They dropped me off on the side of the highway with my day pack.

If i were in the U.S. i would have probably been a bit worried. But not in South America where i can easily flag down a bus or taxi…both of which are plentiful and everywhere. After 20 minutes of watching for the correct bus to pass by me i gave up and flagged down the next taxi who then attempted to drive me all the way to Guatape until i noticed we were going in the opposite direction of the bus station. After a little argument i was back at the bus station $4 later.

Again I asked the guys hanging around the buses for the one to Guatape and again i boarded the wrong bus. The same vendors made their rounds and eventually i worked up the nerve to ask the bus driver if this bus was headed for Guatape.

I asked once more for the correct bus just as it was leaving and it was confirmed that i was headed to Guatape. But not really because a minute later i was told it was not Guatape we were driving towards.

I almost gave up on the idea of going to Guatape but i think i would have been more embarrassed to return to the hostel. This time i went back to the bus ticket vendor where i was issued a new ticket and personally escorted onto the correct bus. The same vendors came on board and i rewarded myself with some homemade coconut ice cream.

Minutes later we were driving to Guatape and i could finally relax and enjoy the scenery for the next 1 1/2 hours.

The bus dropped me off on the side of the road close to a huge rock, or the main attraction of Guatape. Before i reached the rock, i passed by this: 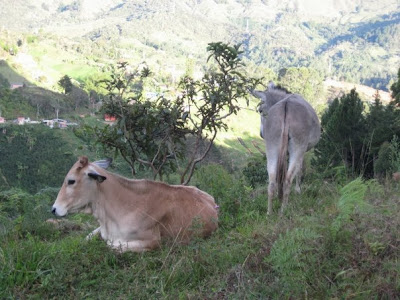 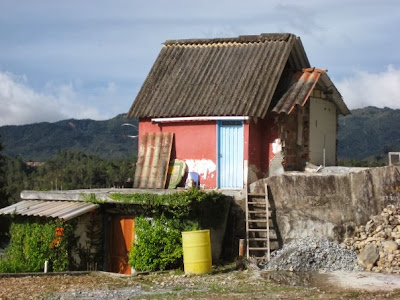 I walked along this road for about 20 minutes: 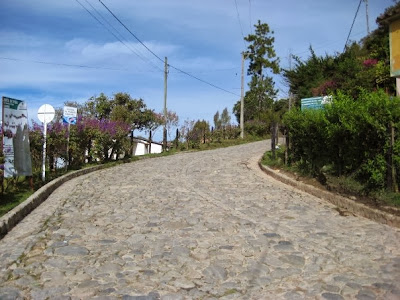 Then i made it the rock. Some people like to paint their favorite soccer teams on the rock. 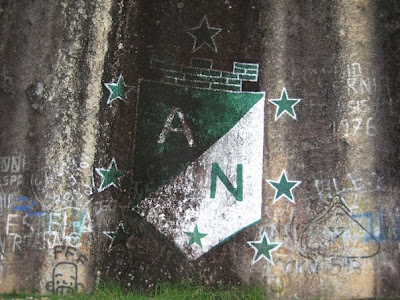 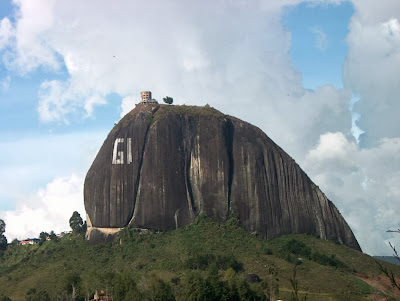 The rock had many stairs and so i climbed them until i reached the top where i was rewarded with this: 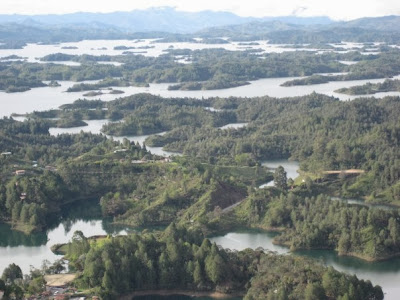 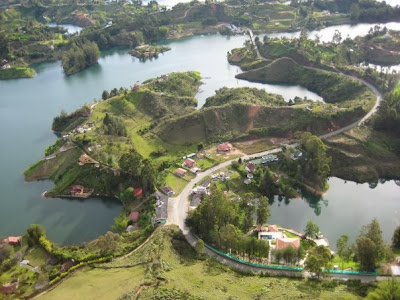 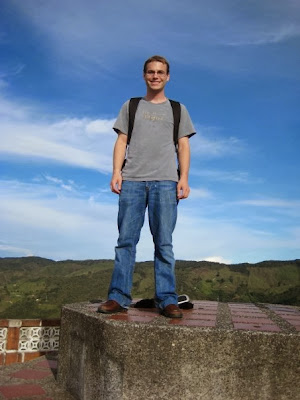 Some of the views make it seem like i was taking the pictures from an airplane but I was really just standing on a rock.