You are here: Home / Europe / The Mystical Island of Tenerife

Bit by the travel bug, I have been itching for a new destination and luckily found Tenerife.

If you’re looking to go on a getaway, you should put Tenerife

of Canary Islands on top of your list. The beauty in its variety of beaches and landscapes is only surpassed by its charm from their prevalent aboriginal influence. 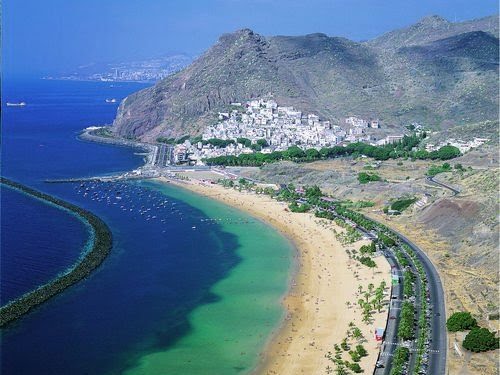 To get to Tenerife you have to book a flight which takes you to either one of their two airports: Reina Sofia (or Tenerife South Airport), in the south, and Tenerife North Airport, also called Los Rodeos, near Santa Cruz. Having two airports allows Tenerife to be easily accessible and the popular choice among the Canary Islands. Flights can also be booked cheap if you know where to look. I recommend that you check out FlyThomasCook

for cheap flights to the island.

So why is Tenerife such a favorite tourist spot?Visitors from all over the world come to Tenerife to get the most out of their vacation. With a variety of activities to do and sites to see, Tenerife is an ideal vacation destination whatever kind of tourist you may be.

Party person? Tenerife hosts one of the world’s largest carnivals, the Carnival of Santa Cruz de Tenerife. This carnival falls second to the one held in Rio de Janiero, and is conducted in two big parts. First in an official carnival ceremony where musical acts  including rondallas and comparsas set the mood for dancing, and the second which is a street carnival that is organized by the people themselves in a more spontaneous fashion.Outside of the carnival, however, Playa de las Americas is a party destination all year long, where you can enjoy a wide stretch of golden beaches and a long, neon-soaked strip of clubs and bars.

Families on the other hand can enjoy the harbor where the center of the action is, a with quaint shops, bars and restaurants for the whole family to enjoy.  You could also take your children to enjoy the calm water of the beach in the crown at Los Cristianos.

If you are more the thrill seeker or nature lover type of tourist, you can try to climb Spain’s tallest peak, Mount Teide. This volcano is the highest elevation of Spain, and is a World Heritage Site for being the third largest volcano in the world from its base.  You could also brave Masca Valley, known for its hair-raising drive in its steep and narrow roads before completely laying eyes on its magnificent beauty. Take in the view in Los Gigantes,which features large and magnificent cliffs.

Even foodies get their fill of Tenerife’s homegrown offerings through sampling fresh farmhouse cheese.

Whether you are one or all of the above, there is no question that Tenerife is one travel destination that promises a memorable and breathtaking experience.