You are here: Home / North America / United States / Once You Acquire Your ESTA Visa USA, Here Are the Top 5 Entertainment Destinations You Need to Visit

The United States of America is truly a land of dreams, especially if your dreams involve entertainment destinations.

Whether you are a fan of the magic of Hollywood or just enjoy the fervor of a good old casino like any other red blooded adult on the planet, you can find entertainment destinations in the USA that you would not be able to discover anywhere else in the world.

These destinations can especially be enjoyed by those who reside in a country that falls under the Visa Waiver Program (VWP) of the USA government, which allows you to travel through the Electronic System for Travel Authorization (ESTA) instead of a regular Visa.

Under the VWP, if you are a citizen of one of the aforementioned countries, then planning a trip to the land of dreams only requires you to apply for an ESTA that visitors like you can acquire online through reliable agents such as estavisa.cz.

Once you have obtained your ESTA, you will be able to roam freely in the USA for 90 days, the same way you would have been able to do under a visit Visa.

Since 90 days is more than enough time to explore some of the most popular destinations in the USA, here are a few top picks that are bound to curb your excitement during your visit to the headliner in entertainment, no matter which category your interests fall under the most.

New York City is so rich in modern entertainment offerings that it could take days to learn about them all in a detailed manner. However, going through some of the highlights of the city might give you an idea of what the Big Apple has to offer to its visitors.

From Michelin-star restaurants to globally acclaimed Broadway theater productions, and from the magnificent natural and wax museums to the marvelous Bronx Zoo, you will be able to find entertainment destinations for every segment of interest. Just remember to have a clear schedule to fit the many offerings that you may find on the spot, since the city of Times Square is just as full of surprises as the popular location itself.

Taking an international trip to the USA and not going to Las Vegas could be akin to a travel sin. As the topmost recreational destination in the USA, Las Vegas has plenty to offer in terms of entertainment to locals and international tourists alike.

It is not only home to world-class casinos, but also remains a hot spot for gastronomical delights, with some of the world’s most famous chefs having their eateries opened at numerous hotels across this desert city. The same goes for famous artists doing their residencies at various hotels throughout the year and providing a one of a kind experience to those fans who are lucky enough to attend these gatherings. However, you do not have to worry if flashy lights are not your scene, since the surreal Grand Canyon is only a few hours away from the city to provide you with a calming yet memorable experience. 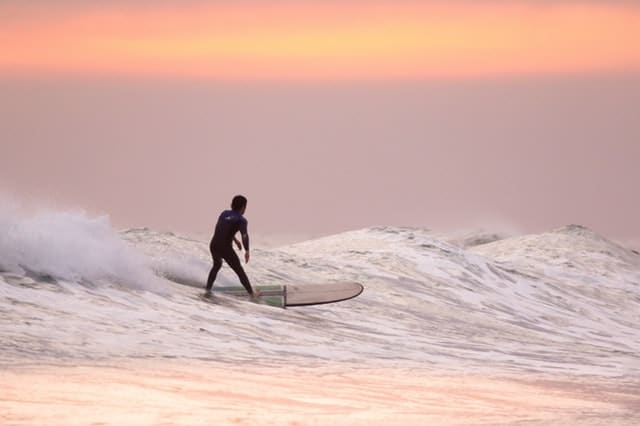 The picturesque islands of Hawaii house some of the most beautiful locations in the whole wide world. With sandy beaches, clear waters, and magnificent lush green landscape, Maui and the archipelago of Hawaii in its entirety is a must visit for anyone that is in pursuit of nature while also enjoying all the modern amenities that you might require from your travels.

Maui is famous for its various tourist attractions, such as its Haleakala volcano, the Haleakala National Park, and the islet of Molokini, which remains a famous snorkeling site with clean and hygienic waters. The food in Maui also remains unforgettable, with fresh seafood and distinct tastes of pineapple and mango accentuating foods even as popular as hot dogs. The best part is that the way the Hawaiians do it, the flavor profile works each time! Thus, if you are looking to get a remarkable experience that would play with all your senses, then going to Maui would be a great choice to make.

If Maui is the crown jewel of what USA holds in its natural offerings, then Orlando is certainly its counterpart when it comes to modern entertainment. The sunny region remains quite significant in terms of its entertainment offerings as compared to the rest of the region.

Most famously, Orlando is home to some of the world’s most popular theme parks. Walt Disney World in itself comprises of different theme parks alone, such as the Magic Kingdom being first and foremost in its offerings. Whereas, SeaWorld is known as a destination that families flock towards for wholesome fun. With it, Universal Orlando is not far behind, which offers the unique experience of the Wizarding World of Harry Potter, something which cannot be found anywhere else in the world on such a grand scale.

If you are finding Hollywood-centric entertainment, then the options cannot get any better than what the City of Stars has to offer.

From the attractions at Universal Studios Hollywood to the various restaurants with different cuisines spread throughout the city, LA has something for everyone. Its Hollywood Walk of Fame could let you pay tribute to your favorite stars who are no longer with us, while Santa Monica Pier, Griffith Park and Griffith Observatory could let you observe nature on Earth as well as all the way into space in all its glory. LA also has the Disneyland Resort, so you could find a few Disney themed rides here in case you are not able to make the visit all the way to Orlando.

USA Has Much More to Offer – So Keep Your Schedule Free

While these were just 5 of the many locations that USA has to offer, they remain as some of the most popular choices by international tourists due to their various offerings. That being said, feel free to read more on the topic and shortlist a few travel destinations that could fit your itinerary, so you could have a memorable trip to the USA in order to cherish said memories for years to come.