You are here: Home / Europe / Review of Famous Stadiums in Europe

What makes football stadiums in Europe

famous? Is it the history? Facilities? Atmosphere?

It is highly likely that all these factors do, but ultimately, it really does comes down to individual preference.

With that in mind, let’s take a look at some of the famous stadiums in Europe.

It was built in the year 1876. Initially, it was an athletics stadium, however, this all changed in 1905 when Chelsea was founded. The Stamford Bridge

was converted to a football stadium.

Come the 1990’s, the stadium underwent a total makeover where it was converted into a 41,798-capacity stadium from its previous concrete bowl design.

Located right in the middle of west London, the Bridge borders 1 main road and 2 train lines. currently, plans are underway to convert the arena into an avant-garde 60,000-capacity stadium.

The arena was built in the 1950s. Luzhniki hosted the Olympic games in 1980 and has staged the well-attended CKSA Moscow, Spartak Moscow, and Torpedo Moscow matches.

The stadium underwent major renovations recently because of the just-concluded World Cup. The seating capacity of Luzhniki was raised to 81,000 from the previous 78,000. What’s more, the stadium’s roof can be converted to a mega video screen.

The World Cup saw many fans travel to Russia to witness the momentous occasion in history. Luzhniki stadium hosted the much-anticipated World Cup final. Betting sites such as betfair

saw a rise in betting as many fans attending or watching from all across the globe saw a great opportunity to place high stakes against their favorite teams. Of course, France won in the epic game! 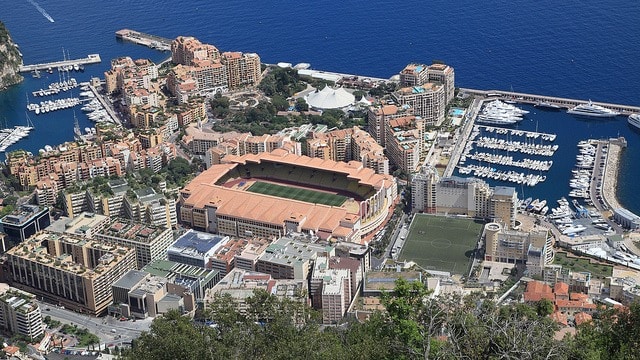 The ingenuity in the creation of this stadium combined with its stunning location is what makes it undeniably famous. Built in 1985, this arena has a capacity of only 18,523. Most of Stade Louis II facilities, the car park included, are found underneath it.

The stadium was officially opened in the year 2012. The arena has an ultra-modern retractable roof. The Friends Arena

was built to replace the Rasunda Stadium which hosted the World Cup final in 1958. Friend’s is located to the North of the city of Stockholm and hosts the national team of Sweden. In 2017, it proudly staged the final of the Europa League.

It is home to the famous Benfica. Estadio da Luz is also known as the Stadium of Light and holds 65,647. The stadium hosted the Euro final in 2004. Estadio is impressively built in a modern design