You are here: Home / Uncategorized / Skiing is Dangerous, and So Are Pirates

I hate winter, but I love skiing. So when I go skiing it’s in some spot in the great wintery north that I’m visiting, not living in. Skiing is a vacation activity for me. If it’s winter and I can travel someplace nearby to go skiing, then I need to reassess where I’m living.

So for me, skiing is usually something that’s done on holiday. Skiing holidays and vacations are exciting. They involve flying down a mountain at high speeds in foreign locales. Of course, what makes them exciting is the inherent danger of strapping two planks to your feet and surrendering to gravity. Combine that physical danger with the logistical nightmare of hospitalization in a foreign country, and it’s almost insane not to make sure you have some specific travel insurance before leaving. 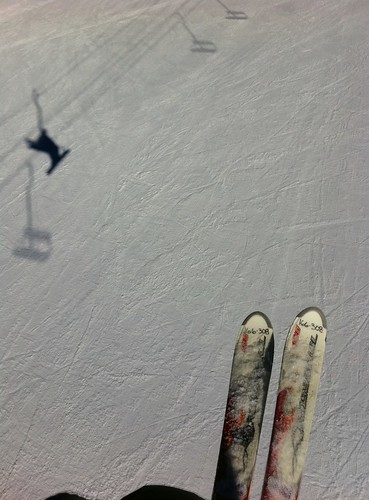 We don’t think about it, but skiing is pretty dangerous. Remember Sonny Bono? How about Liam Neeson’s wife? They died tragically while skiing. There was also a Kennedy that died skiing, but he was playing catch with a football while he skied down a mountain, which, while physically impressive, is kind of asking for trouble. There’s a reason why professional athletes have prohibitions against skiing in their contracts (except, of course, if they’re professional skiers.) It’s because the sport is inherently dangerous. Which is what makes it awesome. Anyone can take a vacation on the beach. There’s no danger there, except of course skin cancer, shark attacks, jelly fish stings, tsunamis, and pirate landings. Okay, so maybe skiing isn’t that dangerous after all. You should still get insurance though. And you can never go wrong with pirate insurance, no matter where you are.