You are here: Home / Uncategorized / The Great State of ME

So I’m back in the great state of Maine for a few weeks, visiting family and friends.  Maine is a beautiful place…in the summer. In the winter the sun puts in the absolute minimum effort necessary to fulfill its obligation to keep things alive, and the color palette switches from the vibrant green of summer and the astonishing red and yellow fireworks of the fall to the depressingly monochromatic white, grey, and brown of the winter (which is accented by occasional yellow dog piss highlights).

But the summer is beautiful. It’s almost always a cool 75 degrees and whether you’re on the by the ocean or in the northern woods, your always in nature that is bright, peaceful, and safe. (No poisonous snakes in the state of Maine. No real dangerous animals. Black bears don’t count either, they’re closer to Koalas than grizzlies). I love it every time I come back. I spent the fourth playing Disc Golf, Wiffleball, and Beer Pong with my family. Tomorrow I’m going to travel to the coast, hike, and see friends, a few of which are bartenders who will feed me free drinks while they upcharge tourists.

Having been born and raised in Maine, it’s often easy to forget that this is a world class destination. The only time I’ve seen anyplace like it was when we stayed in Lake District cottages in the U.K. They are fantastic, don’t get me wrong, the same placid beauty and access to all manner of outdoor activities can be found for much cheaper in Maine.  I waited tables at a pretty classy restaurant in Bar Harbor one summer, a coastal town on Mt. Desert Island, which also contains the best National Park in the country not named Yellowstone, Acadia National Park. It’s an island of mountains by the sea. I lived in the town of Bar Harbor in an amazing apartment with five other people. It overlooked the town’s harbor had an amazing open floor plan, with windows all around. (Tragically, this place has been bulldozed in favor of a hotel.) I used to wake up and see the yachts in the harbor, the millions and millions of dollars’ worth of yachts in the harbor, and realize that people came from all over the world to visit this tiny little island, where me and my friends explored every day before work, jumping in lakes and finding new trails and mountaintop views. The thing is, it’s a blessing and a curse. Maine was a safe place to grow up (although the bath salt epidemic in my hometown of Bangor may have changed that), but it’s so small and isolated that people either run away from it or never leave. There is very rarely a middle ground.

Even the people who moved away, like me, still reference it constantly and form much of their identity around the idea of being a Mainer. I remember a conversation I had at a party in college, which I attended in upstate New York. I was hitting some girl and she asked me where I was from. 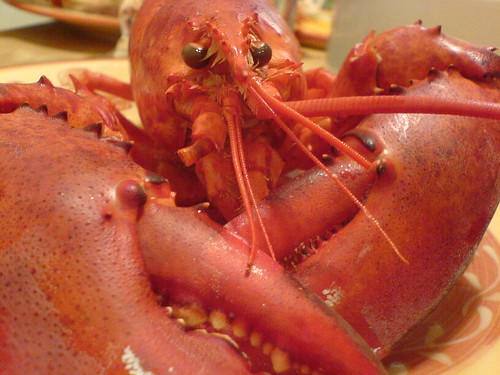 “Why?” I asked, incredulous that anyone , anywhere, ever, would have a negative perception of Maine.

“Because people from Maine only talk about Maine,” she said.

To which I laughed. It was true.

“Well if you were from some place as awesome as Maine, you would talk about it all the time too,” I said.

“Then why did you come here if you like it so much?” she asked.

Exactly. I love being from Maine. I wouldn’t want to live here. But visiting is great.