You are here: Home / Philippines / What To Do in Manila

Manila is the capital of The Philippines. It is the political and economic center of the Philippines and is often filled with tourists around the world.

Manila is often misunderstood as merely a pit stop towards other parts of the Philippines. It is, however, still a lovely town, filled with historical sites and modern attractions that cater to any adventurous tourists, which is definitely worth visiting. Here are some things you can do to spend your time in manila. 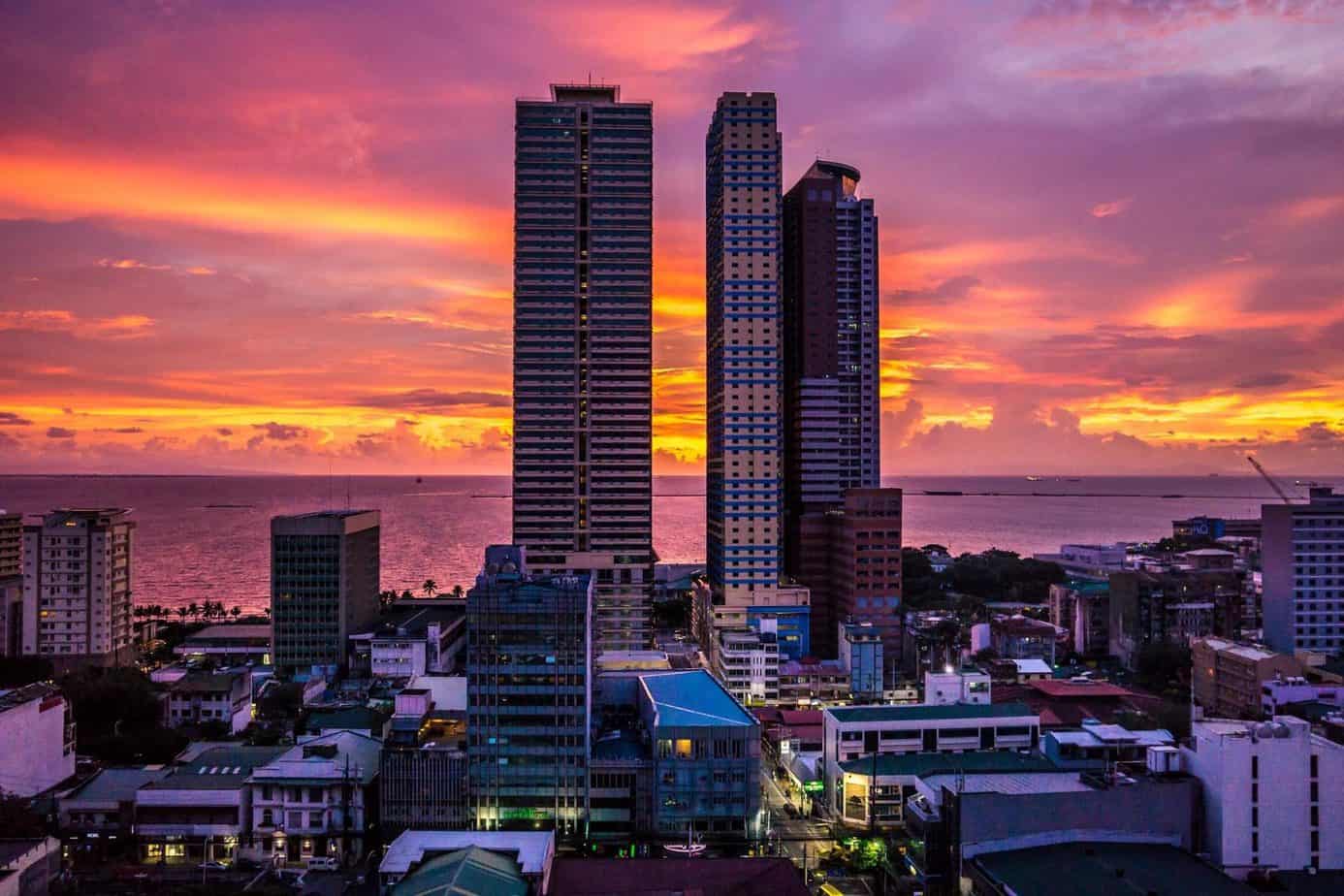 Resort World Manila (RWM), which is just next to the NAIA Terminal 3, is well worth your time.

While you might not stay in one of the hotels here, still, visit here. The RWM is home to over 200 eateries, a theater that hosts local musicals and a cinema. You will also find many international luxury brands and souvenir shops here.

RWM also hosts the biggest casino in the Philippines. It’s not as luxurious as Vegas, but we would say that this is as close as you’ll get outside Vegas. So why not come and try your luck here?

2. Ride a Bambike while exploring Intramuros 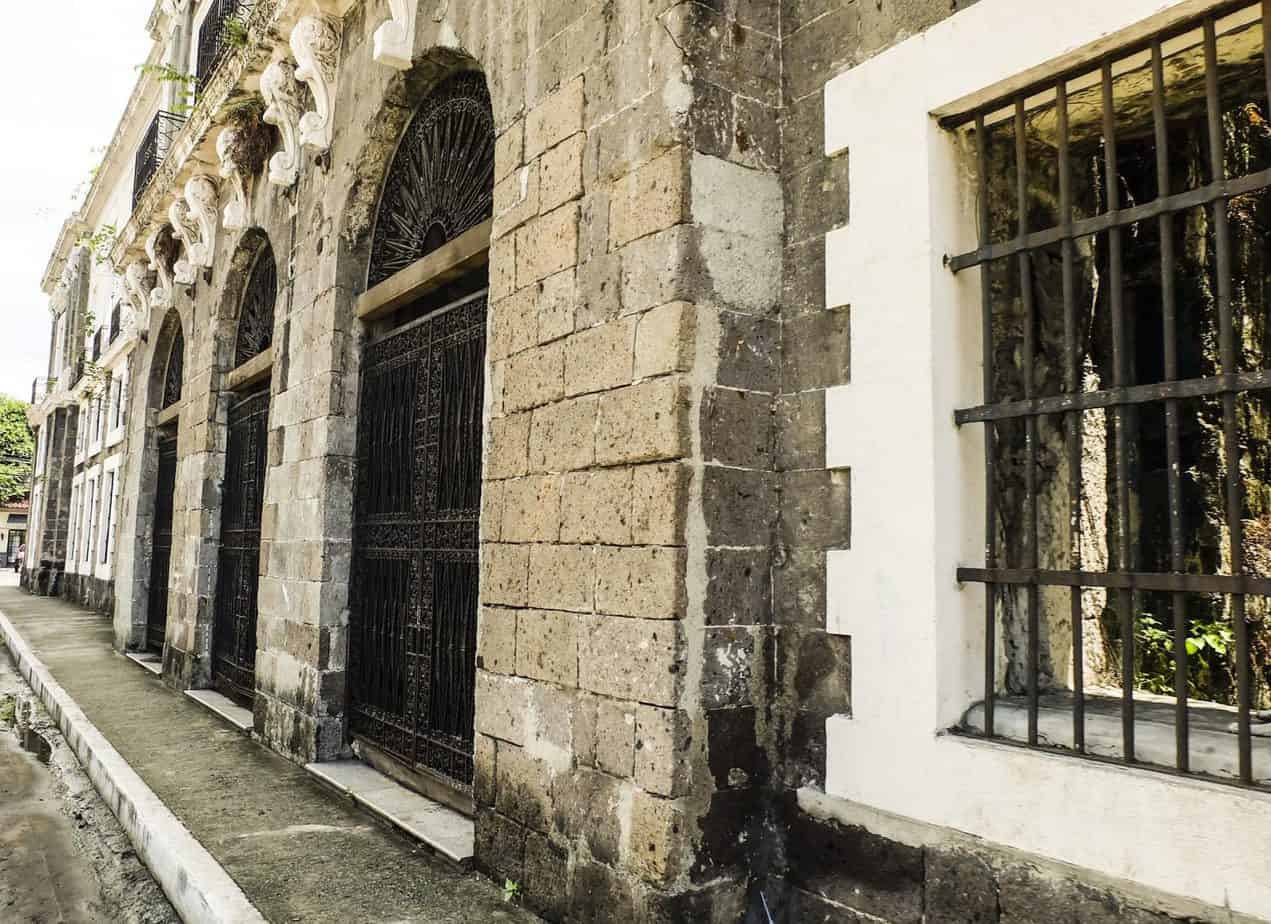 There are several ways to travel around Manila. Since the Manila Light Rail doesn’t cover all parts of the city, you will hop on a Tricycle, a Taxi or a Jeepney if you wish to explore most of Manila. One way that you might have missed would be traveling on bikes while exploring Intramuros.

Located at the southern side of Manila, Intramuros was once a fortress built by the Spanish. It is an area filled with remnants of war: bunkers and watchtowers stood lonely in the park. The Fort Gates of Fort Santiago were rebuilt, but the fort remains unseen, as it was bombed and destroyed during the Second World War. The ruins of war contrast dramatically with the distanced and modernized Manila afar, reminding any tourist of the cruelties of war and Manila’s struggle against Spain.

To explore the area, there isn’t any better way than to ride a Bambike (which are bikes made of bamboo—a Manila specialty and eco-friendly) while joining one of the local tours.

On the subject of traveling, why not book your tickets to Manila with Cathay Pacific? Flight to Manila are now available.

The Philippines was once a Spanish Colony, so there is really no surprise you will find historical heritages reflecting this piece of history. One of those places you shouldn’t miss is the San Agustin Church, which was located inside Intramuros.

Built in 1571, the San Agustin Church is the oldest stone church left in the country, and probably the most well preserved monument in the area. While the building was first built with bamboo, coconut leaves and mud, it was destroyed and rebuilt with stones in 1599. The church has then withstood several earthquakes, survived both the Seven Years War and Second World War, and was being recognized by UNESCO as an official World Heritage Site in the 1970s.

Around the church, you will find decorative cartouches that were being preserved. Once you step inside, the trompe l’oeil ceiling brings a sense of height to the church, while paintings on it explore themes of religion and resurrection. You will also find a small museum inside the church, where some finer collections were being showcased. 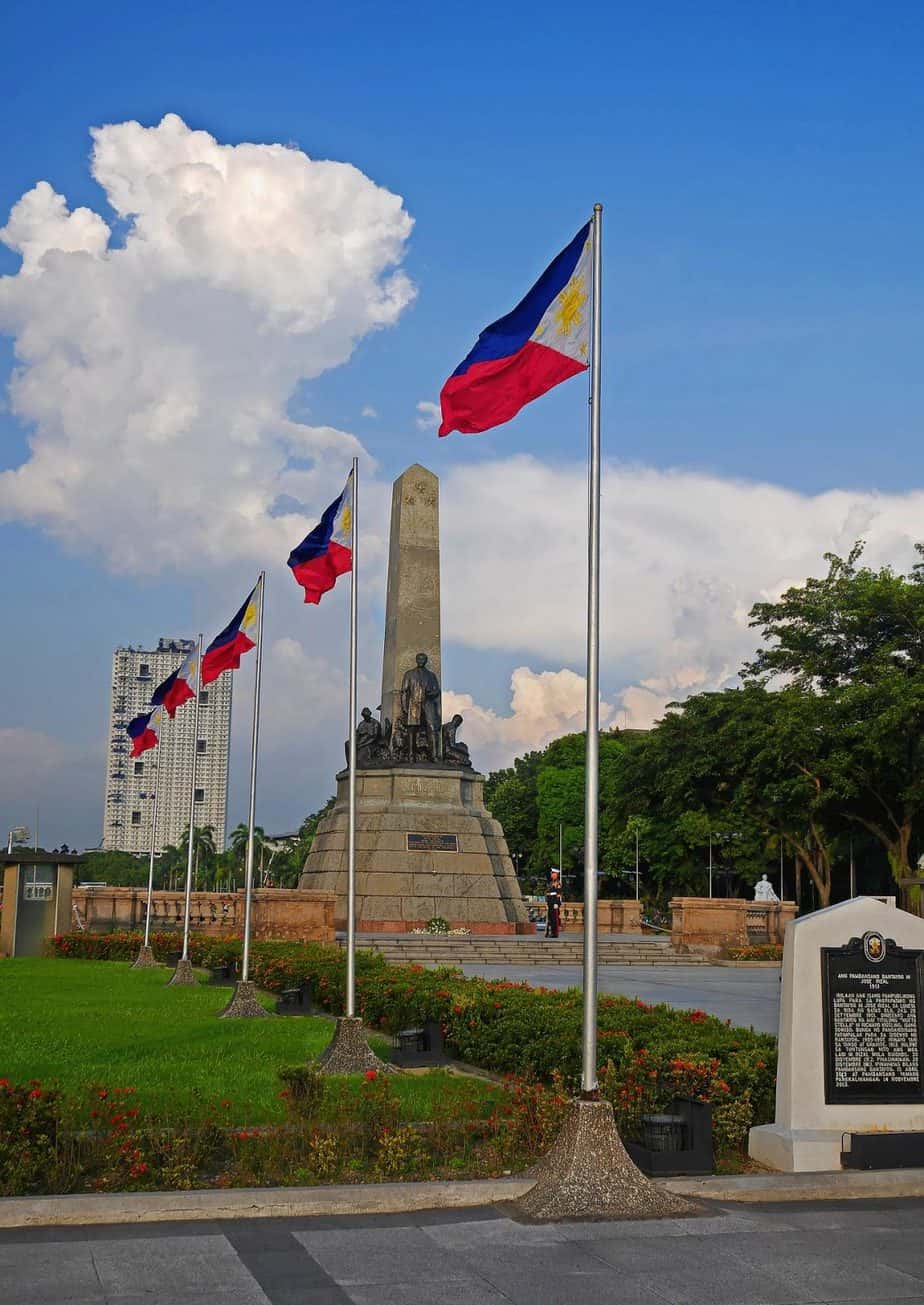 Rizal Park is the biggest city park in Asia. It connects the Manila Ocean Park and Intramuros, stretching over 54 acres of land.

The park was named after José Rizal, a Filipino nationalist who was being executed in Fort Santiago by the Spanish government. Rizal’s sacrifice triggers the Philippine Revolution, which leads to the decolonization of the Philippines. José Rizal is now being remembered as the national hero, and Rizal Park is dedicated to that.

The park is now frequently visited by locals and tourists. Inside, you will find grass patches filled with locals here for picnic and chill. The Rizal Monument, which is the burial of Jose Rizal, celebrates his journey as a local hero. Around the monument are sculptures recreating Rizal’s acts of heroism. The park’s also filled with restaurants and souvenir shops, with the National Museum just right next to the park.

A Trip to the Philippines isn’t complete without tasting some local food. And there isn’t anything as local as Jollibee.

In case you didn’t know, Jollibee is THE fast-food brand in the Philippines. It operates in over 750 locations and you should find one right next to you. If you are visiting Manila, you really don’t have any excuses missing a trip to the local Jollibee.

Besides ordering a bowl of ‘ChickenJoy’ (which is fried chicken—simple, but crunchy and juicy, and surely joyful), local flavors hide in the menu. For starters, they served rice or spaghetti with steaks here. Longganisa, a local sausage, is also on the menu. You are also unlikely to find anywhere besides Jollibee serving Peach Mango pie—it is one of those staples where you don’t want to miss it.

6. Having Dimsum at Chinatown 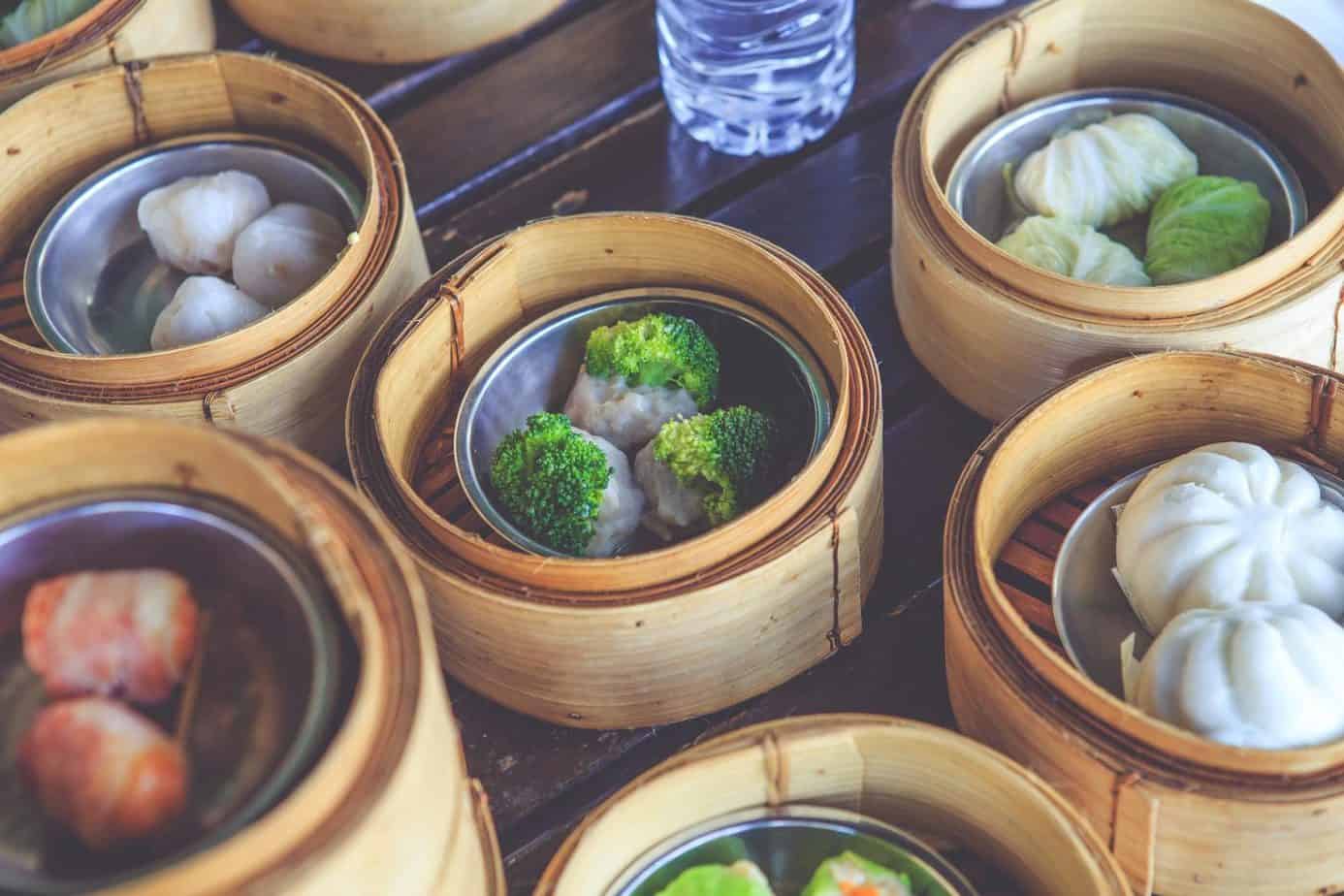 Manila’s Chinatown is the oldest Chinatown in the world. Officially known as ‘Binondo’, this is the place where you will find many ‘Chinoy’ (Chinese Filipinos) trading and living here. It is a place that encapsulates the good, the bad and the ugly sides of Manila.

The Good? Most of the churches here are well preserved. The Binondo Church and Quiapo Church are surely well worth a visit. Outside the Quiapo Church, you will find bazaars selling fruits and vegetables. The 999 shopping Mall, located in the area, is a flea market frequently visited by the locals. And, if you are looking for Dimsum, there isn’t any place in the town that beats Chinatown.

Chinatown is often congested. The streets here are crowded and confusing. The traffic is bad. Rubbish often floats on canals, evoking smells from a distance, and there isn’t anyone cleaning.

Just next to Chinatown are the slums, where mountains were built with scraps and pulled apart by homeless kids, as they dug for treasures that don’t exist. The area’s also filled with kids selling snacks to tourists for pennies. In short: a day in Chinatown is probably the quickest way to experience the disparity of wealth happening in Manila.

7. Learn about the currency in The Money Museum 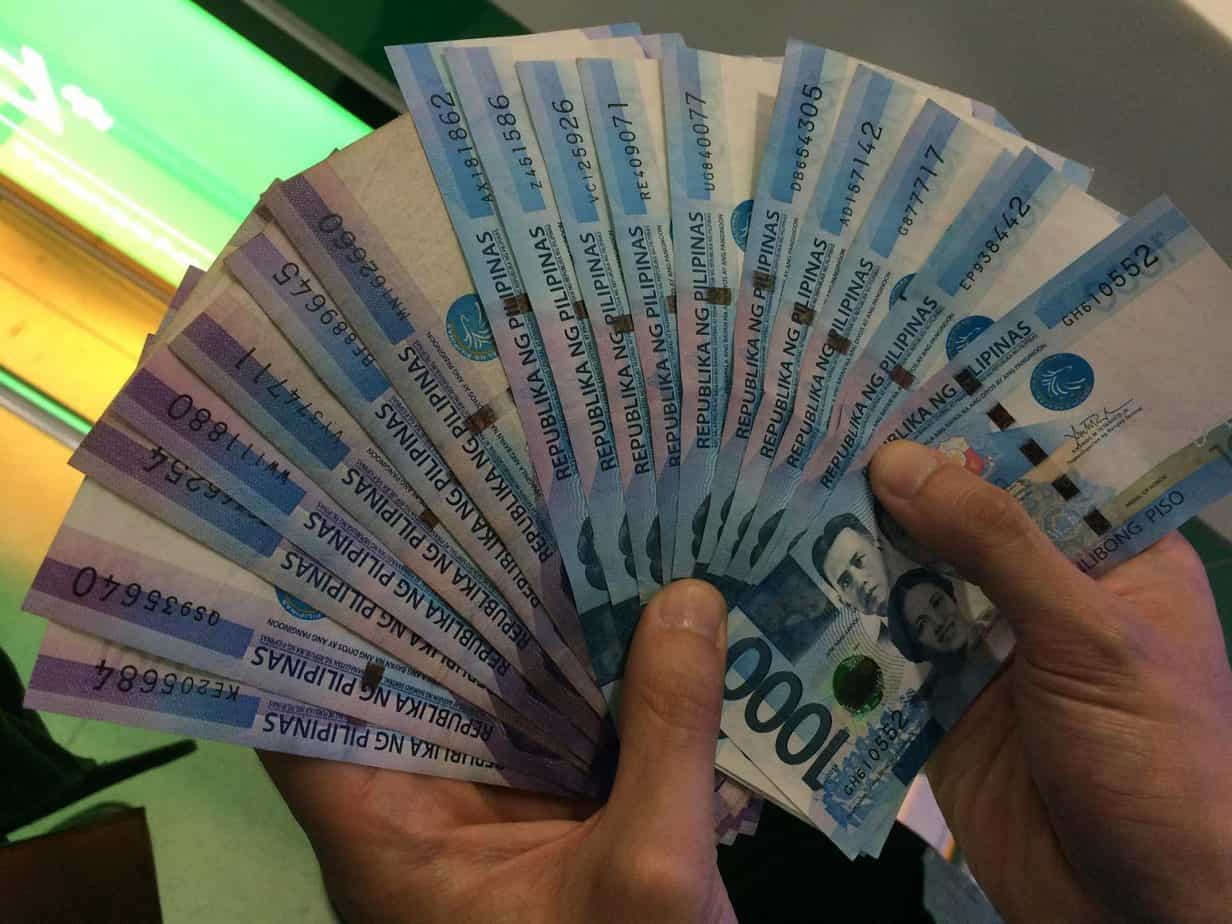 There isn’t any museum as strange as the Money Museum, a place all about the currency of The Philippines.

If you are interested in another side of the Philippines, The Money Museum surely provides an unusual way to learn, as the design of currencies often reflect a nation’s history. Some highlights include gold chains that were once being used as bartering currencies, bills that’s as big as an envelope, and a full collection of the first set of modern currencies issued by the Philippine’s Government in the 1970s.