You are here: Home / Uncategorized / Where Continents Really Meet

There really area only a few spots in the world were continents come together. There’s Panama, where North and South America meet, but the connection to Colombia is actually a heavily forested and undeveloped piece of jungle where the FARC hang out. And then there’s the strait of Gibraltar where Europe and Africa nearly touch, but there’s still ocean between the two sides and the weird and antiquated British control of the area kind of ruins whatever feeling one might have of a natural cross cultural meeting point. There’s the Baring Straight between Russia and Alaska, but there’s nothing there, and in spite of what international experience Sarah Palin may or may not have obtained while looking out her window, you can’t just hop to across it.

Istanbul, on the other hand, really is a where Europe and Asia meet, and that’s why it’s sat on trade routes for almost all of human history, and why it’s been the capital of three empires.  It’s also why I decided to take a trip there. That and that it’s easy to find Cheap Flights

there, unlike Amsterdam flights 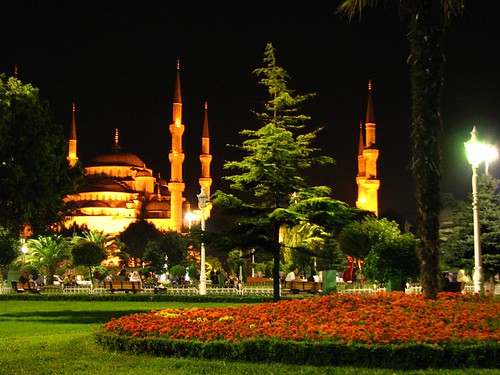 The old line about Turkey is that it’s where East meets West, and although that seems like a slogan for a tourism campaign or maybe something on a license plate, it is actually true, and not just geographically. Istanbul is a major city by any standard, and it’s filled with amazing historical sites left from the Roman, Byzantine, and Ottoman Empires. Most of these are located in the Sultanahment, or Old City. But Istanbul is anything but a historical relic, it’s a fully modern city that is still producing culture, and in spite of its location in a predominantly Muslim country, a great place to party. 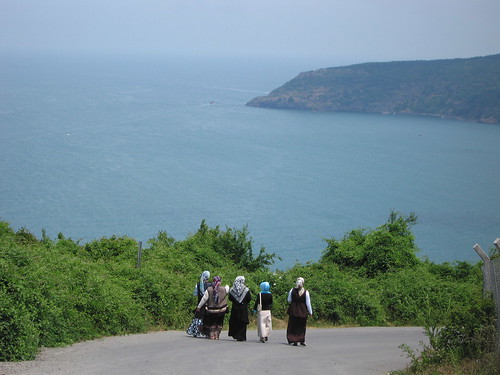 That being said, where my trip to Turkey really surprised me is when I left Istanbul and headed East along the shores of the Black Sea. The Aegean Islands are amazing of course, but I wanted to head away from the tourist rush there. There are amazing mountains and lush forests in northern Turkey, as well as the Tea growing region. There was amazing hiking, biking, and even rafting there, spenldid natural beauty, and all the time you are exploring it you never know when you might stumble upon an amazing ruin or incredibly preserved architecture.  I loved it, and the whole time I didn’t know or care whether I was in Europe or Asia.