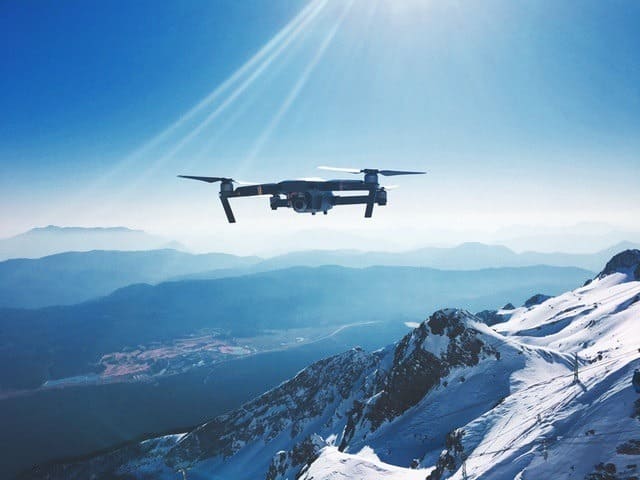 By now, you must have seen dozens of YouTube drone footage, showing some breathtaking spots from all around the world, from a totally new angle. If you thought “Wow! These must have been shot by some professionals with some really advance drone models”, up to a certain point, you were right, but only a small percentage of those videos were taken by some ridiculously expensive drone models like the DJI Inspire, or the Spreading Wings 1000+ that cost from $3K and higher. Most of these really cool videos were shot using, either a Phantom 3 or 4 series, or a Mavic. These are, the more budget friendly birds, most of us actually have, right?

Well, how can you create such videos? Easy, you have to take your drone with you every time you go on a vacation, or even better, start traveling more to bring back home more jaw dropping footage. My personal opinion is that, among numerous other benefits that drones offer, one of the most important ones is that the drones inspire us to travel! So, why not take their advice and enjoy life from a different angle, and plan a vacation that you will remember your entire life, plus you will have a great personal aerial documentary video for the coming generations.

But, before we share with you some of the best locations around the world for drone aerial videos, we have to mention that in order for your videos to look great, you do need to posses at least basic drone piloting and camera controlling skills. Therefore, we can recommend an article with useful tips on drone photography and filming

Now, we can start with the list of World’s best spots for drone videos, but before that, we need to remind you to fly responsibly and first contact the local authorities so that you can get the flight permits if necessary.

Island – Land of Fire and Ice

For a folder on your computer, filled with breathtaking scenery that looks like it was taken on another planet, we recommend going to Iceland. A vacation in Island, will not cost you a fortune like some, different, much more tropical destinations like Bora Bora, neither can you expect paradise scenery.

However, the volcanoes, the Norther Lights of Aurora Borealis (most of you will be “bought” at this point), icy waterfalls, geysers, black sand beaches beautified by natural ice sculptures, and hearty locals, will give you a totally new meaning of a vacation. Plus, thanks to all the fun you will have while you fly your drone in search for breathtaking video angles, you will definitely fall in love with Iceland!

Not only that, when you come back home with footage that surpasses your videos of flights in your backyard or a local park, by a light year, and you show that to your friends, drone film making will get in your blood.

To get a better idea of what kind of scenery awaits for you and your drone in Iceland, check out this video:

Norway – The Land of the Vikings

From Lofoten’s coastal peaks, islands of Senja, all the way to the fjords in which the Vikings once sailed, and then down to Norways’ southern highlands, with some 8000km to cover in one big road trip, this  country will leave you speechless. Not only because of one of the world’s breathtaking scenery, but because of the people here and their connection with the old tradition, and how’ve they managed to embrace the modern era as well.

The best time to visit Norway is in the summer, August, because that is when the days are the longest and the temperatures are much more comfortable than in the other seasons. This will allow you to enjoy exploring this amazing country and get the best out of your drone filming.

The cities here are different from what most of us are used to, mostly when it comes to architecture, but you can also film some amazing city panorama footage. You can also great shots of old, Viking era architecture, to give a contrast in your video later when you edit it.

However, where you will make some of your best shots is not in the cities, it’s in the nature! To get an insight on what this country offers when it comes to beautiful drone filming locations, check out this video:

After having fun on the north, in Norway, you can go down south, to the land of Vines and Romance – Viv La France!

The first logical choice would be Paris? Right? Many say, if you want to fall in love with this country and its people, go to the city of lights. And, they are right. You will enjoy walks through the tight little streets of this giant city, and have a chance to try world’s best coffee and tastiest croissants, but, you will also come across wide spaces with world’s most famous landmarks. Yes, time for drone filming!

To help you out and show you Paris’ best spots for drone photography and filming, so that you know where to head out once you’re there, we recommend checking out this video:

Greece – The beauty of the Ionian Sea and the Islands

If you go even more down south, you will come across the land of the Gods and olives – Greece.

The first stop on your road trip should be Athens. The capitol of the country and its biggest city. Here, you can allow yourself to get lost in the buzzing crowds and bazaars where you can buy beautiful things. But, you can head out to the city’s outskirts, on a higher ground, to create breathtaking panoramic shots of this ancient city.

Once you get enough nice memories of the city, your real adventure begins – the famous Greek islands. And there are so many to choose you will need at least two weeks to cover just a half. For those who are fans of extreme sports, such as base jumping and cocktail drinking till morning, we recommend the island of Zakyntos. An island that is paradise during the day, and one big party during the night.

Plus, you will create jaw dropping videos, especially if you head up to the north part of the island, where you can film the famous blue water caves, the old villages and remains of ancient churches, and one of the most popular beaches in the world, the Navaggio – Shipwreck beach.

To see what beauty lies in Greece and what are the best sports for drone filming, check this video:

What can we say about Africa? Well, we’ve all grew up watching wildlife documentaries from this amazing continent, right? Now, you have a chance to make such documentaries yourself! And, unlike some 15 years ago when you wanted to do extremely wide pan shots of the savannas and herds of animals of all sorts, when you had to rent a plane or a helicopter and strap on a very expensive camera, now you can do that with your drone. And, you can do it even better and from any possible angle you want.

Just check with the country’s authorities which national reserves allow drone filming safaris, and keep in mind that the animals there are wild, and most of them will jump and grab your drone if you get too close to them. Our advice is to stick with panoramic shots and long flyovers over the herds in savannas.

To have a better idea how majestic Africa looks from a drone’s perspective, take a look at this video:

This is all for this year’s plan for vacation destinations for drone filming. If you visit the spots and destinations we talked about, you will have one amazing vacation, a full hard drive of breathtaking videos, and enough memories to last you a lifetime!

If you have some nice destinations you know are great for drone filming, feel free to share them in the comments section. Once again, fly responsibly and have fun traveling!