You are here: Home / Europe / Italy / Being Bogart: A Night in Malta

While clubbing in Malta, I could never shake the association in my mind with the classic film, The Maltese Falcon. Specifically, I decided that it was my duty to ape the taciturn charm of Humphrey Bogart.

That was tough. I mean, Malta, the island, has almost nothing at all to do with The Maltese Falcon. It’s just that I used to watch the movie often, fantasizing about an exciting life as a private detective. That’s what most American film buffs think about when they hear the word “Malta,” which is actually a small island to the south of Sicily that is inextricably linked with Italian history 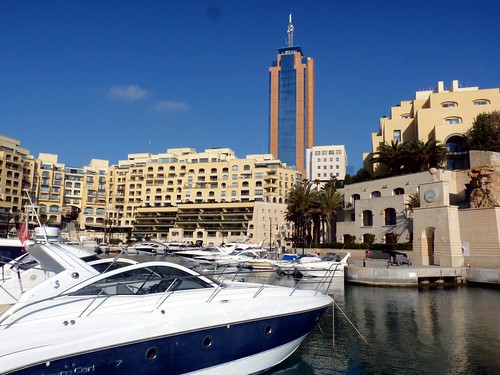 Part of the pleasure of travelling around the world is that of taking on new personalities. Or just showing off different aspects of my personality. Ordinarily, I’m outgoing. On Malta, I decided to unleash my inner Bogart. Just for the hell of it.

The first thing I did was look for a good hat. There was no way that I could pull off a combination of Maltese Falcon private dick and Casablanca arms smuggler without a solid head covering. The gift shops around Malta – many of them run by immigrants from North Africa spreading imitation designer goods on blankets and towels – didn’t exactly have what I was looking for. But I made do with a khaki-colored sun hat with a black band around it.

As I arrived in Malta not knowing anyone there, it was easy to drop into the persona of an observer. After I checked into my hotel in Pembroke, I headed down to the port to take in the Malta bars. It was still the early afternoon. I walked into a small establishment facing one of the many canals on the island. I immediately noticed a pale girl with red tresses in a braid below her shoulders. Once I came close, I said ” Are you Lily Cole?”

Very un-Bogart. At least I didn’t tell her that I thought I recognized her from French Playboy. 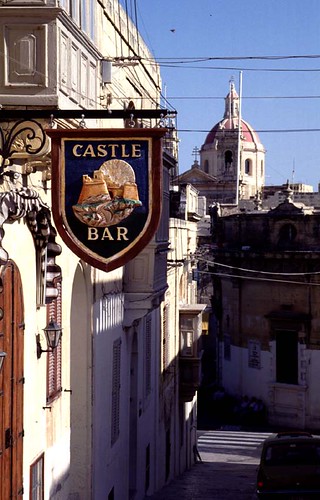 But at least it got the conversation moving. She was a British student, apparently studying “furniture design,” on holiday. Remembering my manners, I said nothing about her likely career prospects. As I asked her about where to go for music in Malta, I kept trying to imagine this slender girl scribbling on scratch pads in some futuristic IKEA office, probably located on an offshore platform near Sweden or something.

We headed up to Gozo after a few weak drinks. She wanted to meet a friend for shopping, checking out the artists selling sketches, paintings, and cheap jewelery.

Later that night, at a club all lit up in purple, I lost my hat. I guess it served its purpose.