I left Venice with one of the more interesting stories from the past three weeks. I camped out in one of the train station's indoor waiting rooms in a comfy chair waiting for a group of Dutch people to leave so I could plug in my laptop in the outlet. In walks in a respectable middle aged Italian woman. No signs of crazy were present. She walked up casually to the outlet and … END_OF_DOCUMENT_TOKEN_TO_BE_REPLACED

Ever wondered what it's like to wander the streets of in Spain during San Fermin's running of the bulls? Or party in Prague? Check out my video compilation to see that and more. [youtube]http://www.youtube.com/watch?v=T9qKfDJE8aQ[/youtube] … END_OF_DOCUMENT_TOKEN_TO_BE_REPLACED

The year was 2010. Already six months past since the new phase in my life as a full-time traveler and entrepreneur. A stopover to Thailand in Ukraine turned into a six week detour across Europe. Venice, Italy, was the least expensive flight out of Ukraine to a city that interested me. Would I go again? Definitely not alone. Venice is an absolutely beautiful city that is … END_OF_DOCUMENT_TOKEN_TO_BE_REPLACED 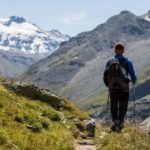 When you talk about adventure holidays it perhaps conjures up images of camping in a tent, roughing it under the stars or spending all day climbing mountains. But that’s where you’re wrong. Companies like Eurocamp offer stylish, high-quality accommodation in beautiful settings, which provides you with a luxurious holiday home from … END_OF_DOCUMENT_TOKEN_TO_BE_REPLACED 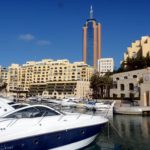 While clubbing in Malta, I could never shake the association in my mind with the classic film, The Maltese Falcon. Specifically, I decided that it was my duty to ape the taciturn charm of Humphrey Bogart. That was tough. I mean, Malta, the island, has almost nothing at all to do with The Maltese Falcon. It's just that I used to watch the movie often, fantasizing about an … END_OF_DOCUMENT_TOKEN_TO_BE_REPLACED