You are here: Home / All Countries / Another Year of Location Independence: 2012 in Review

As most people do, I took the holiday to consider all that had happened to me in the year, both the good and bad. I sat down and made a list of all the major life events I could remember, and eventually began adding details and reminders to myself. The result was this month-by-month breakdown of all the places I visited and people I met, lost, and re-connected with. This is my year, I hope yours was as exciting, if not more.

2012 began, as most years do, with a hangover. I had been living in London and hating every minute of it. London is the land of grey weather, grey outlooks, and grey food. So when a dozen Colombians offered to take me on a New Year’s Eve limousine ride, I happily indulged the opportunity to express my frustrations in the form of many, many, drinks. Keeping a stiff upper lip, as the Brits put it. 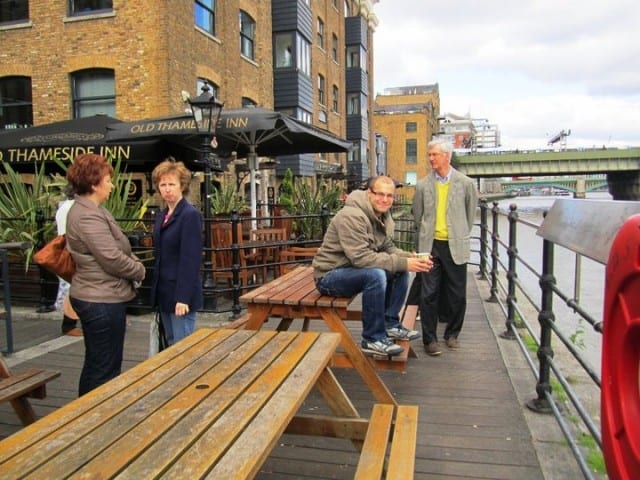 Despite my distaste for England, I did make a short side trip  to Ireland

alone with the hope that I could collect more time on my U.K. tourist visa. Ireland is a pleasant country, and I found my visits to Dublin, Cork, and Cobh oddly calming and relaxing after the frustration of London.

In the beginning of February my girlfriend finished her semester and we left London for good (finally) to travel in Egypt, Israel, Scotland, and Northern Ireland. We stayed at a few resorts in Egypt’s Sharm el Sheikh in that semi-stable period after the protests but  before the election of the  new government. Journalists were still being detained, which frightened me, although I wasn’t the type of journalist anyone took any interest in. I was more like a publicist, having made an arrangement with the Egyptian Tourism Authority to write for their website in exchange for three weeks of 100% sponsored travel.

After a week in Sharm el Shiekh, my girlfriend and I decided to finish our relationship for good. (This should not be read as a commentary on  Sharm el Shiekh, it was not the city’s fault.) 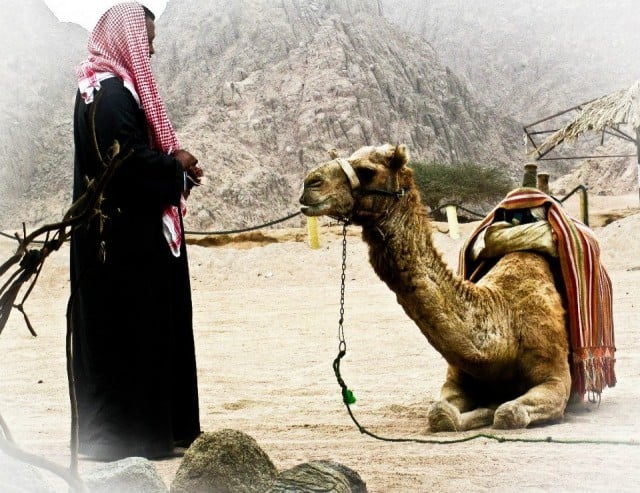 I returned to Philadelphia two days later and canceled my Egyptian press trip. I was in no mood to go sightseeing. I had been working towards this trip for years, but ultimately, I decided to seek a similar opportunity some other time.

I returned to life in my apartment in the center of Philadelphia from February until the end of April. That’s right, count ’em- three full months!

During that time, I worked full-time from home with my employee on career consulting, business orders, and advertising deals. At the beginning of February I hired my second employee to work part-time. For several months he worked full-time to learn the business. By April he went down to twenty hours per week, and by June I unfortunately had to end the relationship because our arrangement was not working well for either of us. (For those keeping track at home, that’s two relationships terminated this year.)

I pressed on, building a base in Philadelphia, making some new friends, and seeing my family most weeks. I enjoyed waking up in my own bed and having the freedom to relax in my apartment, rather than being forced to  move around constantly in unfamiliar places.

I built a new travel blog

in March that focused on luxury travel, in order to take advantage of high end press trips. I wrote around ten articles but since then, like many blogs, it has been idle while I work on other more profitable and valuable projects.

In March I gave my eCommerce business, www.buysomethingawesome.com, to my little brother. I had stopped developing this business years before, but it still turned a profit, so I decided it was a better opportunity for him than for me.

as a member of the press and an Expedia private party with an open bar pictured below. 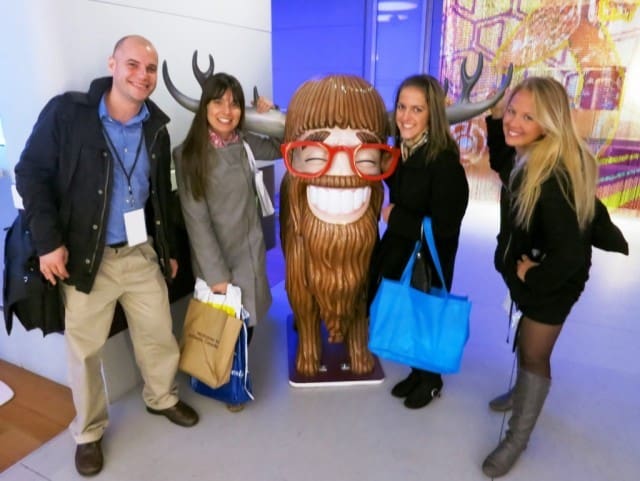 I also drove down to Pittsburgh to celebrate St. Patrick’s Day with my friends from college. We look like such dorks, don’t we? 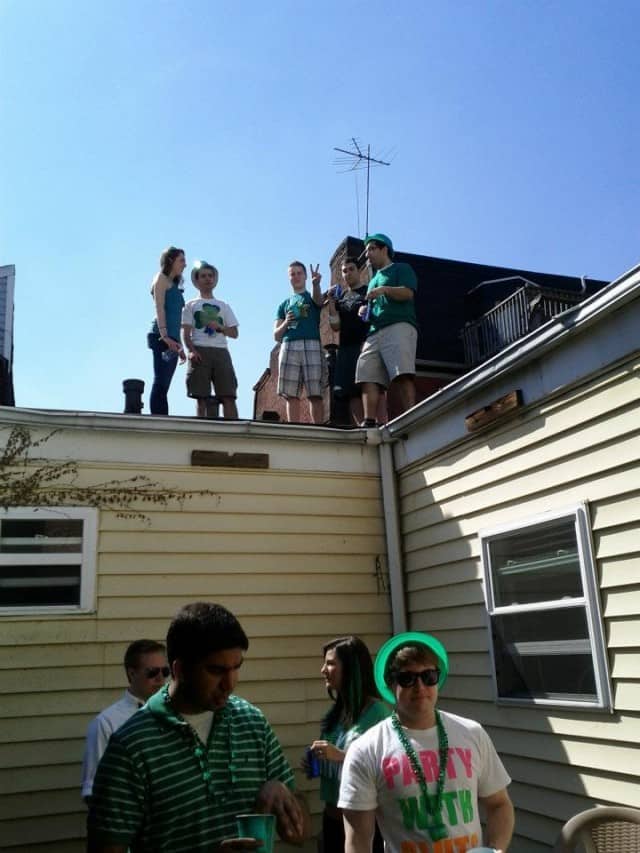 April added a bit of local excitement and domestic travel with a trip to Virginia Beach to see some old friends I lived with in Colombia. Virginia Beach is one of the trashiest cities I have visited, but it was a fun kind of trashy. Like Vegas, but with more hookers. I think. 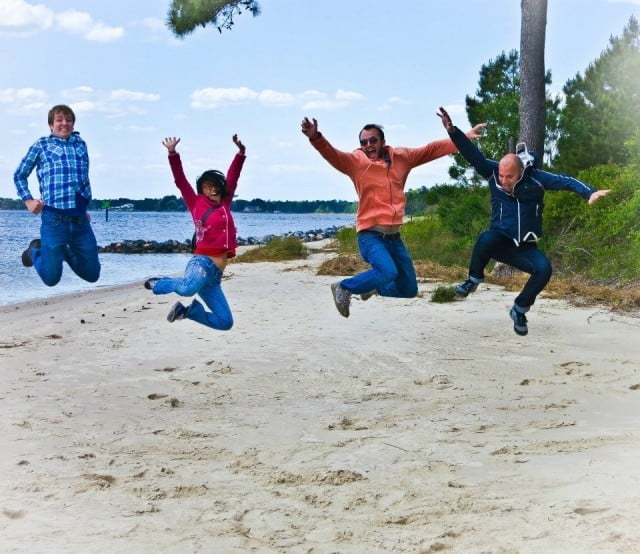 I took a day trip to Pennsylvania Amish country with a few friends in April. Here I am feeding what I’m pretty sure is a Snuffleupagus. 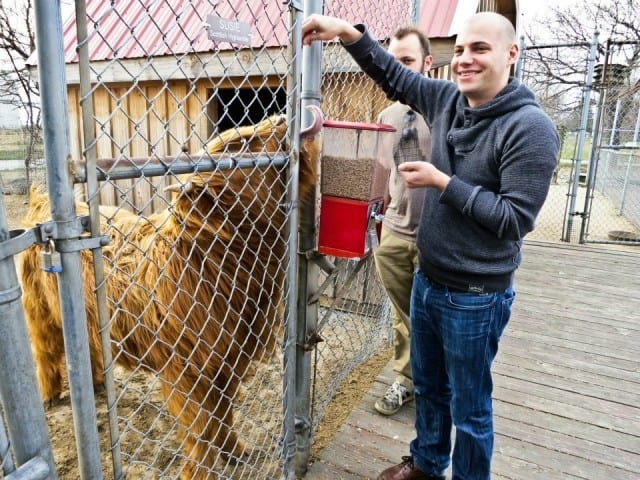 By pure chance,  while out at a bar one night, I recognized someone I met two years ago in Ecuador. I ended up hosting him in my apartment for a while and traveling to New York City with him. 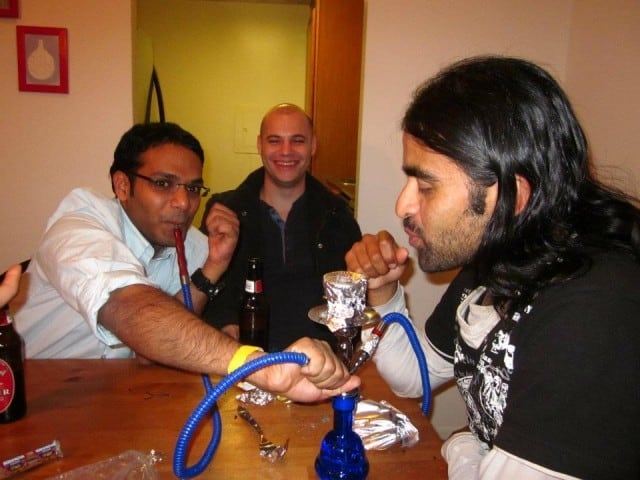 At the same time a good friend from Honduras, who I first met in 2010 while studying in Argentina, came to visit me in Philadelphia with a friend of hers. We also traveled to New York City together. 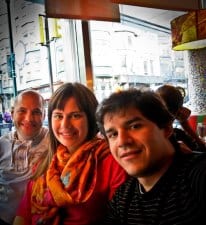 After three months at home I decided it was time for my my next international trip. My employee and I were looking for a beach town to drink and surf. Since Central America had been tragically overlooked in my travels, we took a flight to Panama and spent three weeks in Bocas del Toro and Panama City 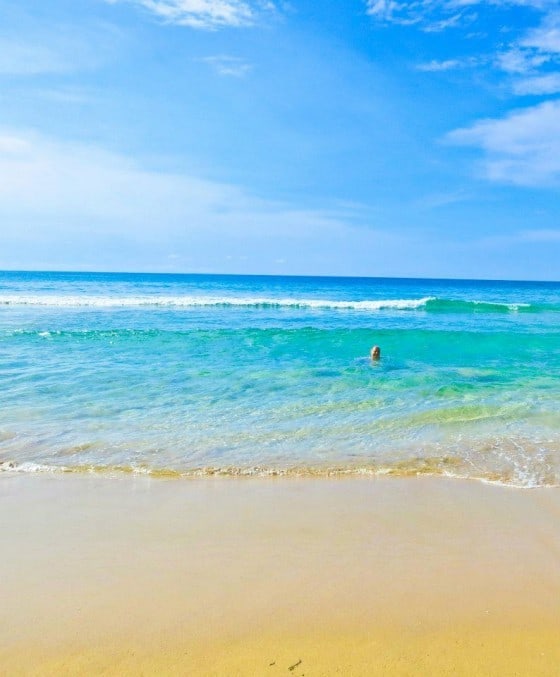 After three weeks of hanging out, I was ready to return home,  and abandoned my flight to Costa Rica. Before returning to Philadelphia, I visited a travel blogger friend

of mine in Miami for a few days.

During the summer I made my physical fitness a priority. I lost fifteen pounds through healthier eating and daily jogging. I also took advantage of the nice weather and went out every night with my roommate, and met a bunch of new people.

In June, I made agreements to sell advertising for three other websites, significantly expanding my advertising business to six total. One of the websites let me review products, including a stereo, sunglasses, bean bag chair, headphones, food, whiskey, rum, and other cool stuff I got for free.

In August my roommate and I went to Puerto Rico for a few days to stay in resorts, sleep in our car, and stay in hostels. It was a wild trip and I got to practice my Spanish. 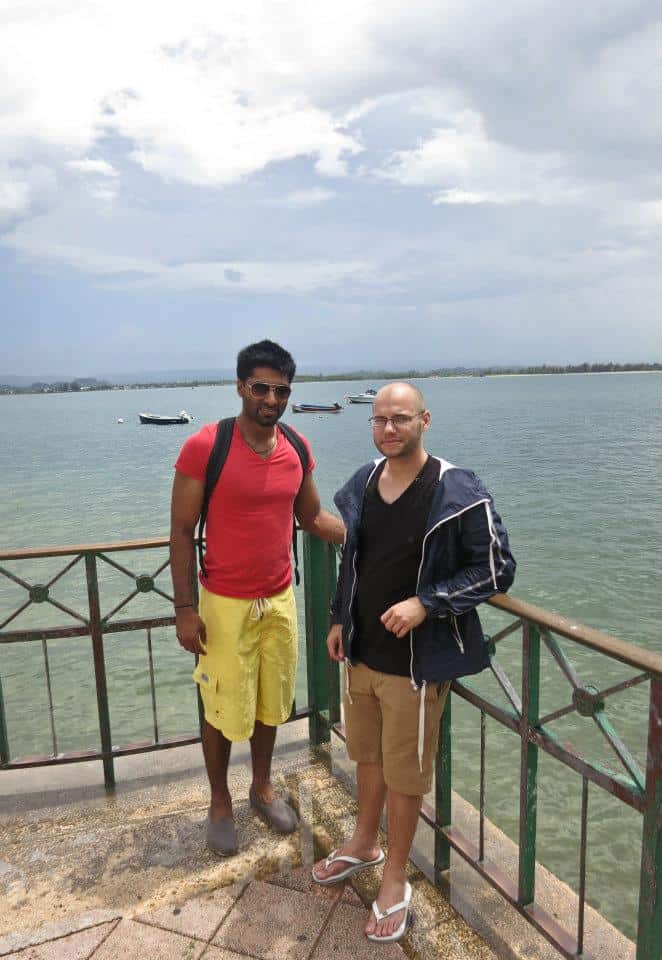 After returning from Puerto Rico, I hired my third full-time employee  who moved from Oregon to Philadelphia to work for me. This was the right step for my business in order to eventually take myself out of the daily grind. At the time, there was so much incoming work considering I was out doing other things half of the time, the first employee and I could barely keep afloat without going crazy.

By the middle of August my roommate moved out to take a job in New York City and my new employee moved in for a week until he could find his own housing. I spent the rest of August training him and preparing for my upcoming press trips to Mexico.

I spent the entire month in Mexico on sponsored press trips

(the kind I was supposed to do in Egypt), staying in resorts with other travel writers. 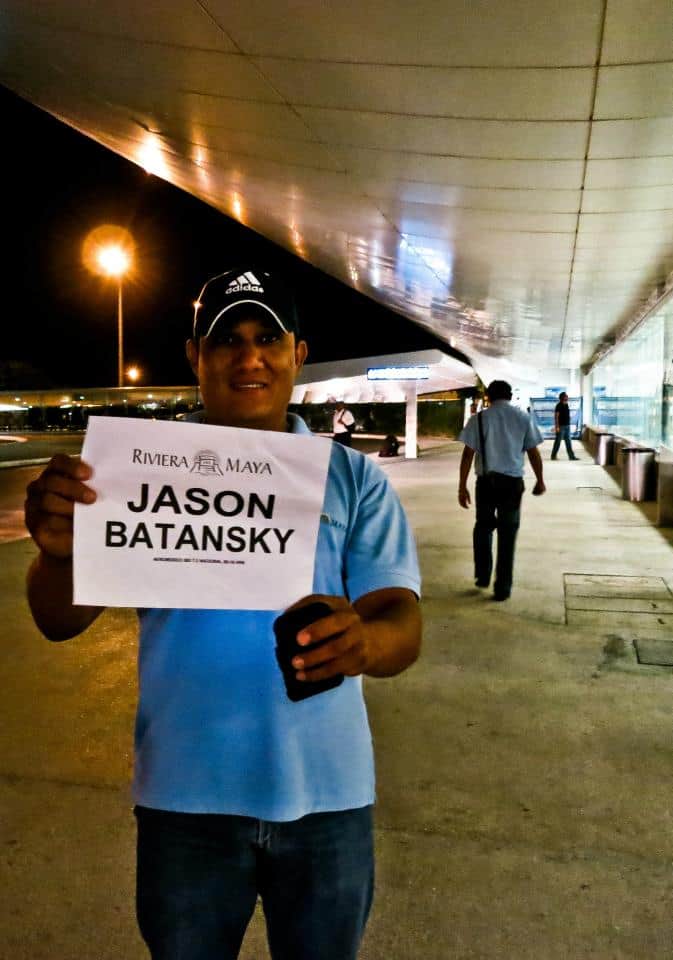 The Mexican government and PR agencies paid for my flights, tours, food, and most other expenses. I got to race a luxury car, explore sunken caves, go ziplining four times, and so many other cool activities, all for free. This all came about from my connection to a popular website I sell advertising for. The awesome perk is being able to use it to pitch tourism boards and PR companies to receive free trips in exchange for coverage. 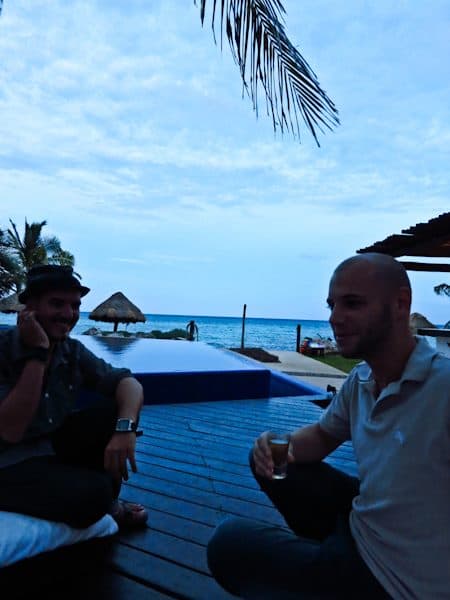 But for one week a friend from Philadelphia met me in Mexico City so I could take him on his first real trip abroad. It was really cool to share one of my favorite things with someone for the first time. 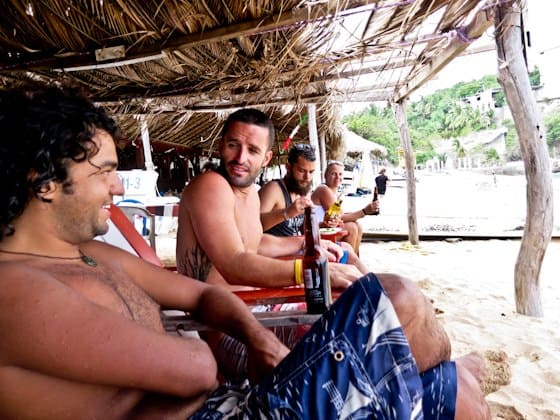 While I was working as a travel writer my two employees handled every aspect of my actual businesses.

In Mexico, I decided to give Philadelphia another year. I chose to remain in Philadelphia, so upon my return in October I moved into a new one bedroom unit to live alone for the first time. 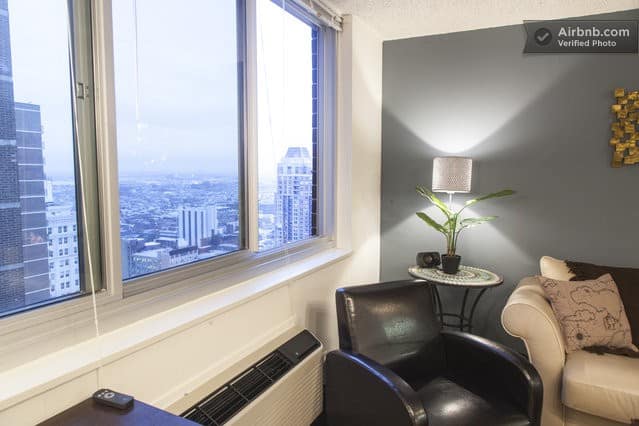 My new one bedroom apartment on the 38th floor in Philadelphia

I spent this month teaching and training my employees so that I could remove myself from the daily work of my businesses.  At the end of the month I had more friends visit. This time, it was a travel friend from Bolivia I met when I was seventeen years old. We had not seen each other since then, and he came with a few Latin American friends for an insane Halloween. My bathroom looked line a scene from the movie Hangover.

I visited those friends a few weeks later in Washington D.C. with my old roommate for a fun weekend of drinking in the capital. 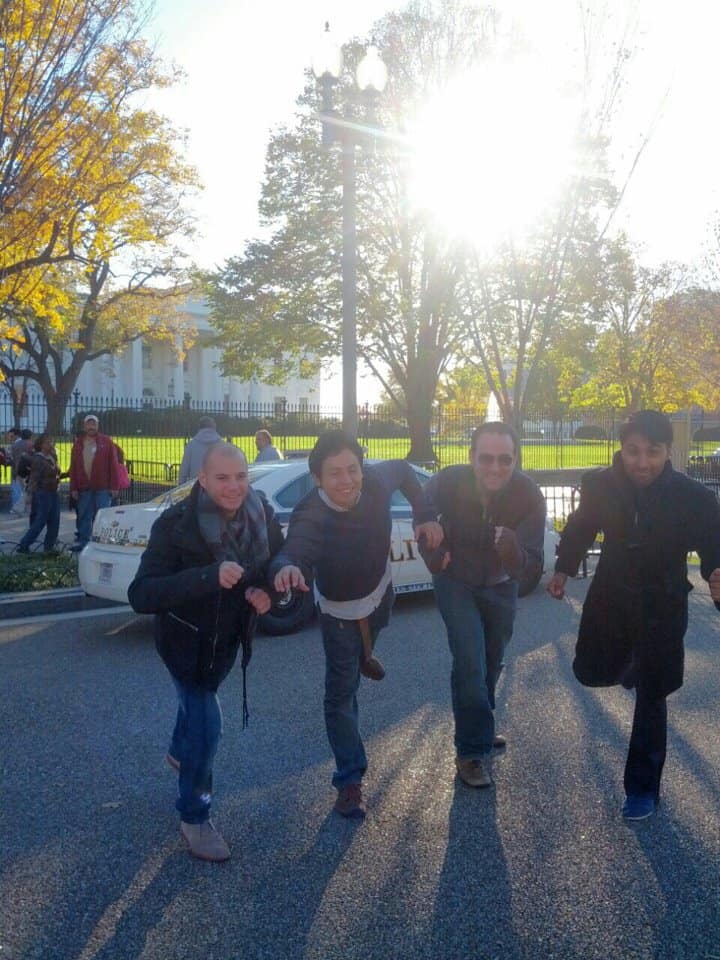 I got to meet up with another old friend and made a new one who visited me the next week in Philadelphia. I gave her the usual tour of what I think is a pretty great city.

I also visited family in Florida for a few days.

On a disappointing note, the popular website I used for press trips and product reviews told me I could no longer write for them unless the press trips were paid ones. So I approached another website and will be using that for press trips from now on.  The month was extremely boring, as I now had free time and no idea what to do with it. To combat the cabin fever, I got to work coordinating the development of a new $8,000 website for my career consulting business, which should launch sometime this year.

Saving me from boredom, I went on an all expenses paid press trip to Panama to stay at the Westin resort on the beach in Panama City. 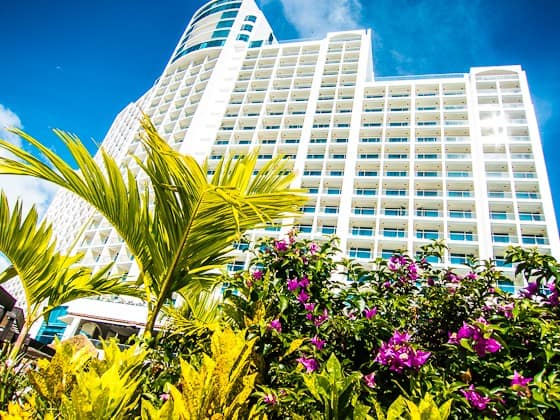 I met other writers and made important connections. I am now selling advertising and writing for a women’s spa-oriented website, which recently invited me to a spa in Idaho, where I assume they give massages with potatoes.

I took a flight directly from Panama City to Ecuador to visit a few friends for a couple of weeks. One of those friends I had originally met in Buenos Aires in 2010. She is seriously the kindest person I know. 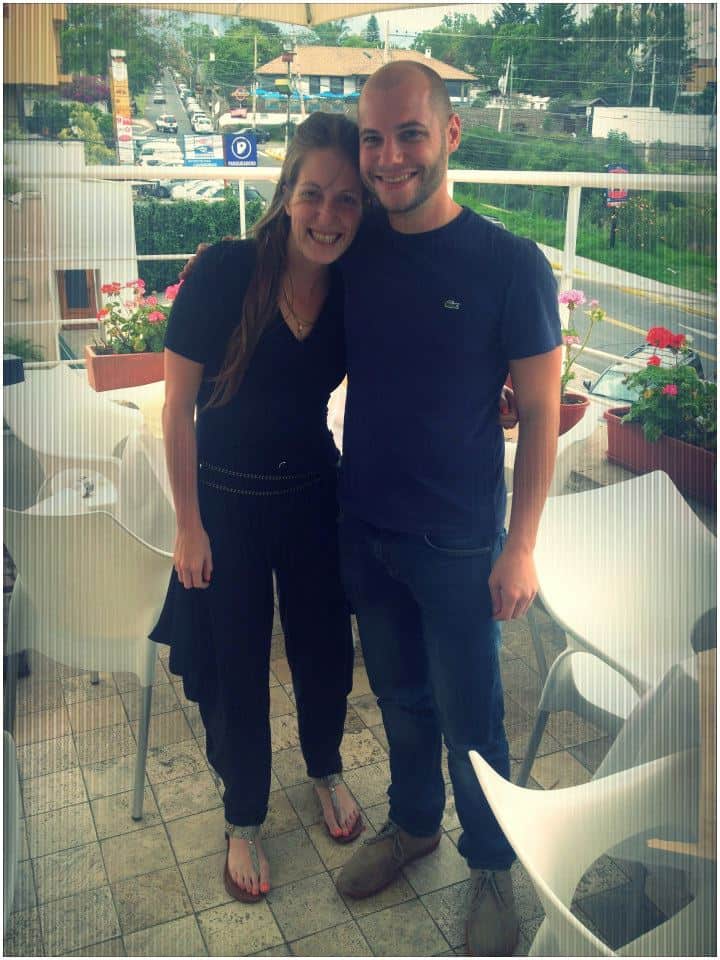 The other friend I had met recently in Philadelphia. I traveled with her to some different cities, including a final stop in Montanita, the most fun backpacker party beach town I have visited. 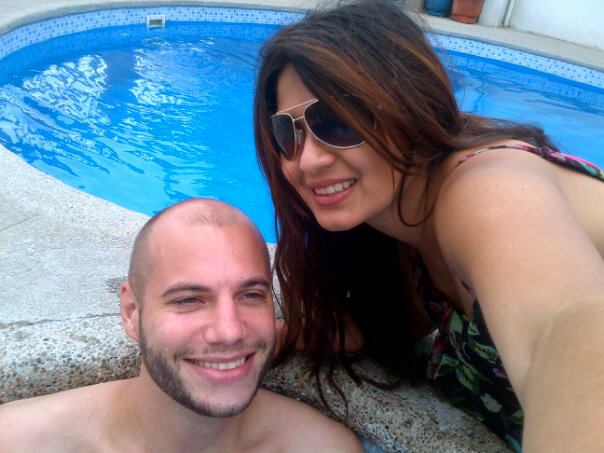 We even spent a few days with her family on their massive farm in the middle of nowhere. 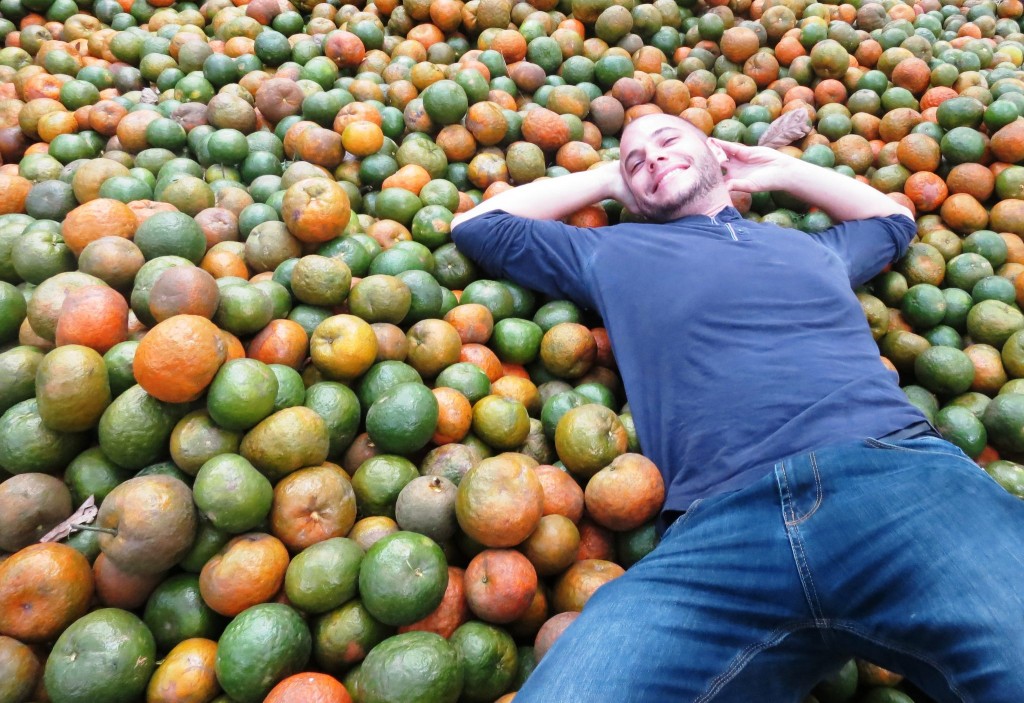 I returned to Philadelphia for one day before flying to San Francisco to travel for three weeks with a good friend from Switzerland I lived with in Colombia, who had also visited me in London. We rented a car and made stops in Los Angeles, Las Vegas, San Diego, and Tijuana. He turned out to be my favorite travel partner yet and we made a record going out every single night for three weeks. Oh, and of course we did not miss out on any casino hotel in Las Vegas 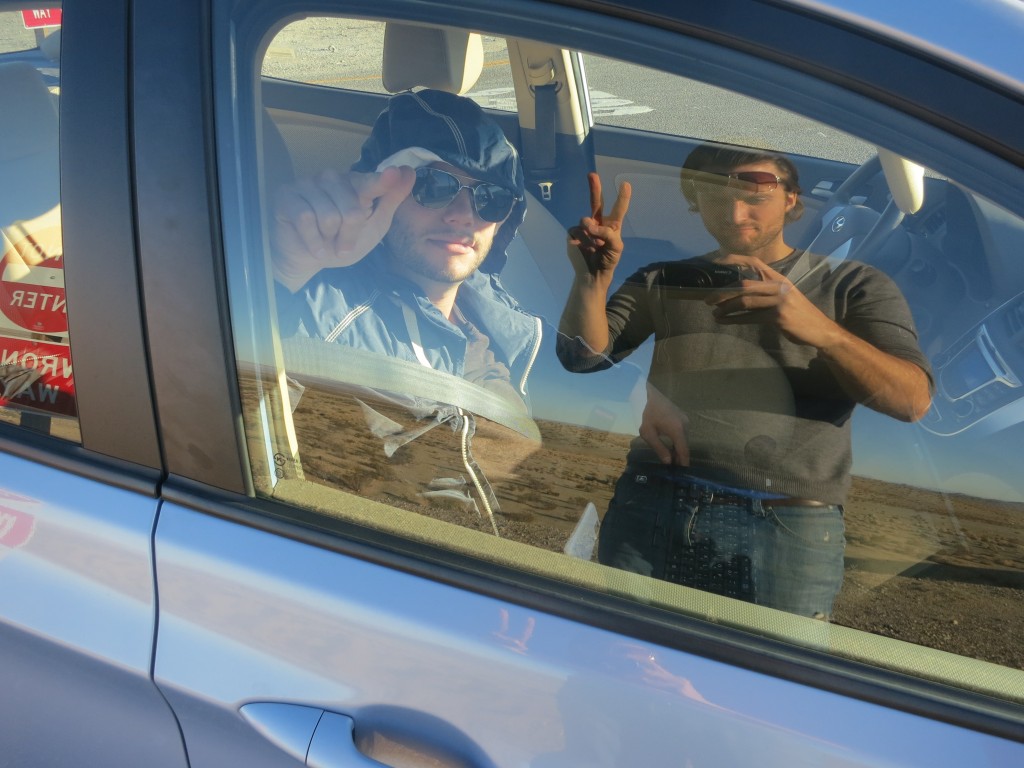 One day I finished my bookkeeping for 2012 and learned that after all my expenses, including employees, I have earned over six figures in income for the first time. I celebrated my New Years Eve in Las Vegas, realizing what had started off as the worst year of my life had become one of the best. 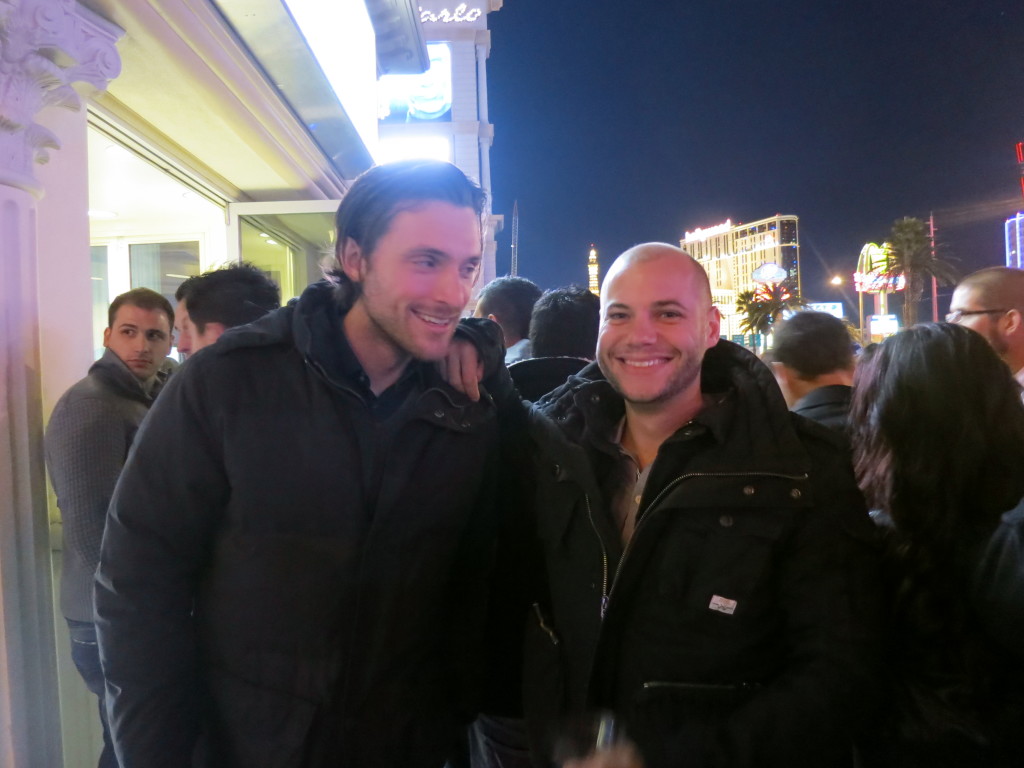