You are here: Home / Asia / Israel / In Transit

I reckon traveling as part of a tour group is more taxing than going solo. On January 31st I left my Dad’s house in Pennsylvania to walk yet again with my most useful belongings in a backpack to the Ardmore train station. I spotted a few people from high school on the train into Philadelphia but didn’t say hi. 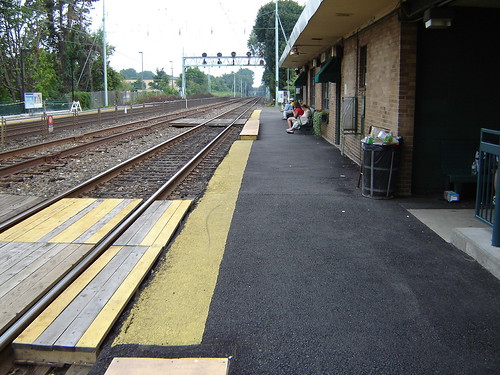 Philly to New York city was a ridiculously easy ride for $5.50 which included free wifi. As always I did some work on the bus before i’d take my first vacation from work in something like five years. That’s not to say I work literally everyday but I can’t remember the last time I took off more than two days in a row.

As the title says group travel can be a pain. The tour company demanded that everyone arrive at the JFK airport a whole 5 hours in advance. I tried to meet that deadline at the last minute. But I was panicked taking the train from Penn station to Jamaica, and then a separate skytrain to the airport.

If I did everything correctly it meant i’d arrive at the airport right at the last minute allowed. Because i’m a dummy who like to travel often I didn’t actually have a cell phone in the U.S. to call the group. It’s a free trip so the company’s threat of giving away your plane ticket if you’re late seemed pretty real.

I hauled ass once the skytrain arrived opting for stairs rather than elevators. You could see me running up a few ramps with my 40 pound backpack attached along with my daypack on the front. I did make to to Delta checkin on time but with no group to be seen. Turns out I was in the the wrong wing of the correct terminal so I had to leave the building, run down some stairs, and run through the street.I did arrive just five minutes late. But from what I later heard around 10 others showed up a few hours late.

I found one of tour leaders who arranged my ticket. While waiting the few minutes I noticed a handful of others likely on my tour. I pretended not to notice while staring straight ahead. I preferred to make a better first impression once my panicky mood and sweating would subside. They issued my ticket and I made it.

At the gate I took a seat next to a few other my age and made small talk with a guy sitting next to me. Of course he was on my trip and later on I would meet some others casually. These were the first normal people I had met in a while, as in non-travelers.

A few hours before take-off the group leaders arranged us in a circle for a few ice-breakers. We threw a ball around a circle shouting the person’s name at the same time. This would help us learn each other’s name. Even after ten days with 40-some people I still didn’t know everyone’s name.

When we boarded the plane I noticed a familiar face. He was easy to spot with his red hair. We were on the same wrestling team in high school and then went to the same university the next three years. 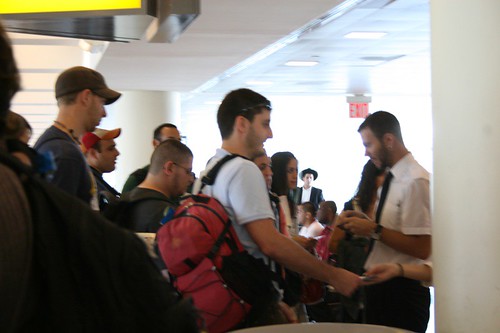 On the plane I sat next to a few people not interested in having much conversation. After a few hours I gave up and swallowed a few heavy sleeping pills I bought from  m my roommate in Colombia a few weeks before. The nice thing about some developing countries is that you don’t need a prescription for some drugs. The pills worked.

This is when I got a little ahead of myself. I grabbed my bags figuring the group would meet outside of immigration in the main airport building. I waited for a bit outside until the group never came. That’s when all 40 people who I had barely met came through the checkpoint. I could hear each and everyone of them sighing as they figured, here is that kid who’s always going to get lost. Great first impression on my part.