You are here: Home / Uncategorized / Going Underground in Poland

England is a great home base for exploring Europe. You can find cheap flights to just about everywhere in Europe and you can even find surprisingly quick train rides to most of northern Europe for relatively cheap.

It’s also great for an American like me because everyone speaks English. Although while I was living in London I heard different languages everywhere I went. One of the most common foreign languages being spoken on the there was Polish. There is being spoken by Polish immigrants everywhere in London, and I also noticed that it often seemed be the language being spoken by the more beautiful blonde women I saw.  Naturally, I became intrigued. Soon I developed a fondness for Polish food, a development which surprised even me.  (By the way, it turns out most Polish cuisine is the creation of an Italian princess who married into the Polish royal family and was disgusted by the food, so she sent for chefs back home to develop a cuisine from local crops, which consisted mostly of root vegetables). Soon I had bought my ticket to Krakow, and after finding surprisingly quick flights from Bristol

. There were loads of cheap flights to Turkey

but I will save that for another trip.

My American upbringing has trained me to expect grey whenever I go to former Eastern bloc countries, but the sun was shining and everything seemed brighter in Krakow than in dreary old London. Krakow is a great city, and it’s Old Town is actually old, unlike Warsaw’s, which was built after the city was turned to rubble during World War II. But by far the coolest “old” thing around Krakow is the Wieliczka Salt Mine, which is incredible because it was a fully functional salt mine for almost a millennium (operations stopped in 2007), but also because miners have been carving statues and art there for almost that entire time. 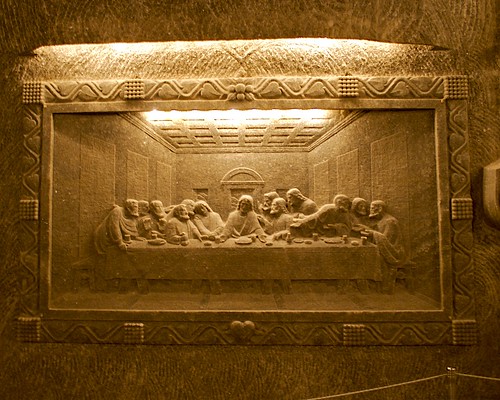 You have to go with a guide, but it’s still amazing to explore the place. There are passages, caverns, and even an underground lake. I thought the few sculptures in the Parisian Catacombs were cool; they are nothing compared to the intricacy and magnitude of the carvings here. They’ve built a whole chapel underground, and it’s incredible. The Chapel of Saint Kinga was built over a thirty year period starting in 1895, and it features a salt chandelier hanging from a forty foot high ceiling that hangs over countless religious artifacts and sculptures. Needless to say it’s very cool. And very grey. 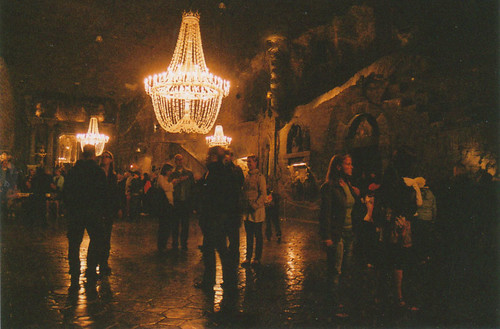