Timbuktu is on my revised bucket list. For one reason or another, I always thought it was a fairy-tale featured in the likes of Aristacats and only ever mentioned when referencing an impossibly remote location. And yet, it’s a real town situated in a real country that’s found on a real continent (Mali, West Africa). Call me ignorant, but I’ve never known of anyone to go there.

Seeped in archaeological rarities and the wiles of the Saharan desert, it’s currently occupied by fanatical militants who don’t like westerner travellers or women for that matter – hence the struggling tourist figures. As someone who doesn’t fancy my chances with the hospitality of religious zealots (I’ve never liked gambling), I was instantly put off a trip by the huge red warning sign on Wikitravel

“WARNING: As of July 2012, Timbuktu is in the hands of Islamist rebels who captured the city from a secular rebel group in June. Most of the area’s population has fled to non-rebel controlled areas of Mali or Niger. The rebels have imposed sharia law, which includes mandatory veils for women, the stoning of adulterers, and punitive “amputations” for thieves. The rebels have called for the destruction of all of the city’s shrines, which they believe to be a form of idolatry banned by Islam. It appears most, if not all, of the shrines have been destroyed… Travel to Timbuktu should absolutely not be considered at the moment and travelers should follow the advice of your embassy.”

This got me thinking, as someone who loves travelling the world, meeting new people and generally experiencing different cultures, I’m not easily put off going somewhere based on a bad write-up. Often, I find that the lesser-known corners of the world are inhabited by overwhelmingly humble people and rich eco-diversity. Regardless of cultural stereotypes, it’s pretty open-minded to compare flight prices

, hop on a plane and find out what a country is like first-hand.

Nevertheless, open-mindedness should never replace common sense, right? Inevitably, travelling introduces you to the good, the bad, and the downright ugly of any given country but I don’t think you should ever knowingly compromise your safety for a new experience – particularly where stoning and amputation are concerned. The occupation of Timbuktu represents a very real and very dangerous threat to travellers and however historically abundant a particular destination, these circumstances have to be taken seriously.

Don’t get me wrong, there are some incredible countries in the world that are blighted by their politics and their internationally bad reputation (yes I’m thinking of you, Afghanistan). However, I’m simply not prepared to take the risk or advocate terrorist tourism. So much is at stake. All you have to do is turn on the news or go online to realize how tumultuous modern travel can be. Unless you’re Iron Man, would you really want to dodge bombs in Syria or bullets in Somalia just to say you had? Sure, the media loves to sensationalise any given circumstance and if we took everything they reported at face value, we’d never leave the house. But even so, some battles just aren’t worth fighting, however adventurous they might seem.

My advice is this: if you’re travelling to a region that you know to be hostile, do your research first. Whist I’m all for experiencing the true essence of a new country, getting caught in a people’s revolution could cut your experience (or your arm) short. Then again, you might argue that if I can’t accept a country at its worst then I don’t deserve it at its best. 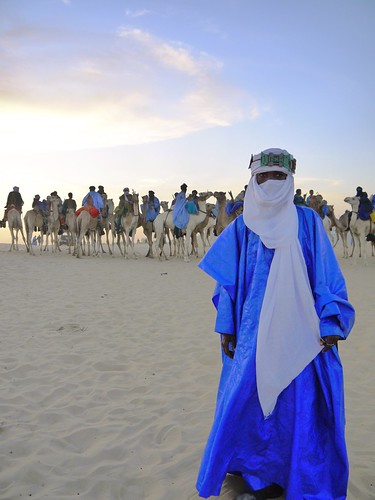 As for Timbuktu, I think the bucket list revision will have to remain strictly hypothetical for now.