You are here: Home / All Countries / Home Sick is Nothing Compared to Away Sick

Traveling is not all glamorous. In fact, it's actually almost never glamorous, unless there are private jets and chateaus involved, and with me there never are. As often as there are tropical beaches, there is water to be avoided, and as often as there are long distances to cover, there are overcrowded vans and buses that pitch and rock like rollercoasters. New food is great, but it can often come at a price. My point is that traveling in foreign places should be accompanied with a quality first aid kit, travel medication,  and an understanding of your body's limits.

First of all, have a travel medication

kit ready. The best way to do this is to go to an online pharmacy, like Lloyd's Pharmacy, and get everything you need shipped to your house before you leave. The great thing about using an online pharmacy is that it is often easier to get stuff sent to foreign locations quickly if you run out of something you need, or, more importantly, it can be easier to get something sent to you that you suddenly need. Although, if you’re in a place where you can’t get internet access, you are out of luck. Of course, if you’re having a medical emergency in a place without internet access and you can’t get the medications you want, you should really focus on getting back to civilization, instead of worrying about getting the proper meds. 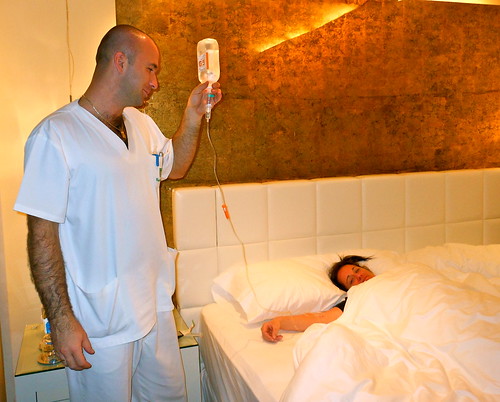 Getting a proper kit together at the beginning of the trip can avoid a lot of headaches later, especially if your kit involves Advil. (Sorry, couldn’t resist.)  Make sure you have a large supply of whatever prescription medications you are currently on, and make sure you have them stashed in separate places. I’ve had pills stolen from me during my travels just because they were in a prescription bottle. I’m assuming they were stolen because somebody thought they could get high them, although I’m pretty sure they must have been disappointed when they figured out they were snorting Acne medication. My point is that just because a medication can’t be abused, doesn’t mean people won’t try. So be careful with your meds.

Your pre-trip kit should include whatever vaccinations you might need. See a doctor and ask them what you should get (although before my last visit to Colombia, I watched as my doctor Googled “vaccinations Colombia” and then read me the results

. Thanks, Doc.) After that you should think about worst case scenarios, no matter where you’re traveling. Get some water purification tablets. Assume you are going to cook in the sun at some point, get sunscreen and some sort of soothing aloe to use when you inevitably don’t put enough sunscreen on. Get Pepto Bismol or something for your stomach. Just like anywhere, having the proper contraceptives and practicing safe sex is important, especially because many countries will not sell you a morning after pill. Also, get some Dramamine. You might  not usually get travel sickness

, but you also don't usually drive through the Andes on a bus that passes motorcycles on blind curves. That’s not fun. Being stuck in that situation with the smell of vomit around is even less fun, and certainly won’t make you any friends. 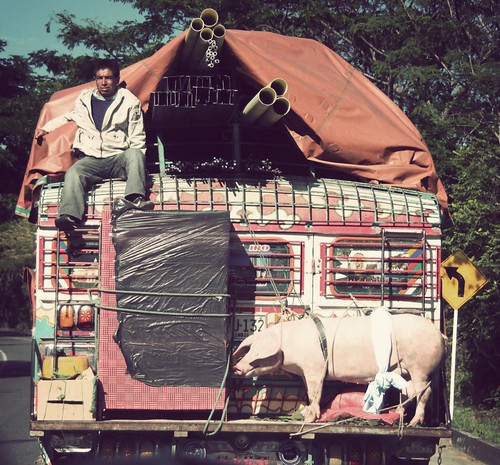