You are here: Home / Uncategorized / Puerto Rico on a Whim

As a favor to one of my friend’s I am flying to Puerto Rico this Thursday evening. You see, like most people he works and so if its not this week he will never be able to make the time to go. Without me going he would just stay home. So why not Puerto Rico?

I did just return from Panama less than one month ago. I had my fill of stunning beaches and tropical parties. And somehow San Juan seems less exotic as it’s a part of the U.S. Still, it’s going to be fun. 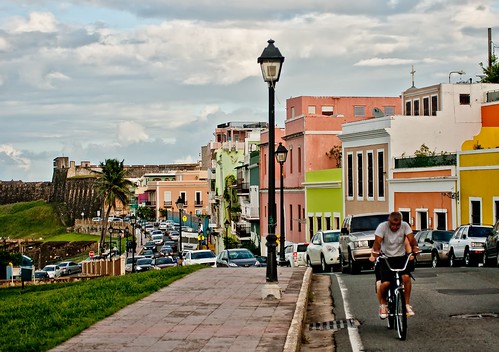 I’m not sure what we will do. I am leaving that part up to him I think. I really just want to stick around San Juan and hit up the beaches, bars, and neighborhoods. I’m in no mood for an adventure. Just a relaxing time. But I don’t think that much of that is really going to happen as it is more of his vacation. I think we will end up pouncing around El Yunque National Forest

and other natural sites.

One nice benefit is that I will have the chance to practice my Spanish yet again because apparently only 20% of the people speak English fluently. I am honestly surprised I have not made it to PR yet. As a fan of Latin America it would have made the most sense to spend my time there since it is the U.S., rather than countries like Colombia

Ever wonder what it would be like to seriously live on the road and just go? Well, I had the opportunity to explain all about my experiences living abroad and gave some insider travel tips. You should read the recent interview at Tours4Fun