You are here: Home / Uncategorized / The No Sleep Coffee World Tour

Although I consume an inordinate amount of coffee, like an absurd amount, like eight cups a day, I don’t consider it a vice. An addiction, yes, but some people are addicted to exercise, healthy eating, and running for President and no one ever has interventions. There are good addictions and bad, and coffee is, as far as I’m concerned, a good addiction. It makes me more productive and more focused, and unlike other chemicals that supply those benefits, I don’t have to go find a kid in my freshman dorm with ADD in order to get it.

I want to do a coffee tour around the world. Again, you could market this and take people on it, and no one would say you were exploiting addicts for financial gain. But of course, that would be exactly what you were doing. 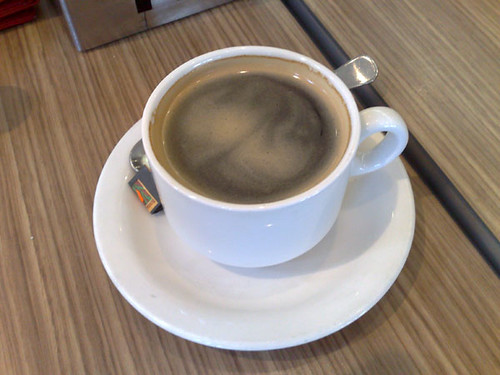 I would start in Ethiopia, in the city of Harar. Legend says that a goat herder named Kaldi noticed that his goats were friskier, and probably even more annoying than usual, after eating coffee plants. He tried them himself and from then on had stained teeth.

Then I would take an energized and jittery flight to Istanbul, where the first coffee shop in the world opened in 1475, back when the city was named Constantinople. We would find that coffee shop, then stay up all night in Istanbul, ripping cigarettes, and grinding our teeth.

After that I would take the tour to Venice, which is the port where coffee first entered Europe. Naturally, we would be so pumped on espresso that we would swim the canals instead of taking the boats. Afterward, we would collapse in Venice holiday apartments.

Since we are still in Europe, we would have to fly to Paris, where we would get really drunk on wine, and then explore the ability of coffee to cure hangovers the next day while sitting outside Parisian cafes with dark sunglasses to protect our eyes from the harsh, harsh sunlight.

Then we would fly to coffee country in Colombia, just because Colombia is awesome. Then we would press on to Seattle, because that’s the home of both U.S. coffee culture and the company that exploited it and turned it into a commodity. This happened in Seattle because rain makes everybody tired.

Did I mention there is no sleeping on this trip? Who’s in?