You are here: Home / Trip Preparation / Where In The World (err..South America)?

But once in Buenos Aires, I can see myself visiting most of these places. 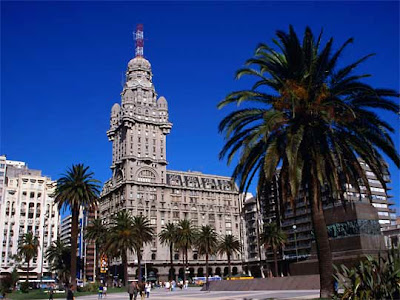 “the largest city, the capital and chief port of Uruguay

. Montevideo is the primate city

in Uruguay, the only city in the country with a population over 1,000,000. Montevideo has one of the most important harbours in the Americas

. Also, it has beautiful beaches, such as Pocitos, Buceo, Malvín, Playa de los Ingleses, Playa Verde, Punta Gorda and Carrasco. Many monuments and museums are found in the city, as well as historic buildings and squares. The city’s mayor is Ricardo Ehrlich

. According to Mercer Human Resource Consulting

, Montevideo has the highest quality of life in Latin America

. It is the seat of the Roman Catholic Archdiocese of Montevideo 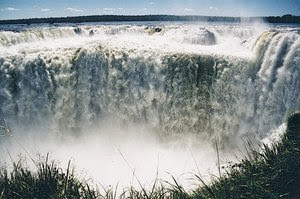 of the Iguazu River

located on the border of the Brazilian

. The falls divide the river into the upper and lower Iguazu.” 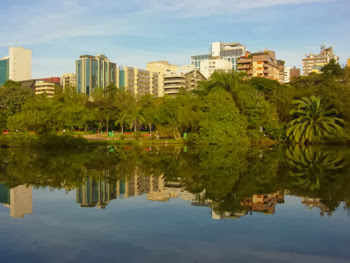 “Porto Alegre is the state capital of Rio Grande do Sul and the biggest urban agglomeration of south Brazil. The perfect blend of Brazilian-Portuguese and Platinian-Spanish cultures, added to a strong European heritage gives the city a unique background within Brazil. The city is one of the richest metropolis in the country, the state capital with the highest life quality and literacy rate (97%), the book capital of Brazil, and is widely known in Brazil as the city with the most beautiful women in the country.” 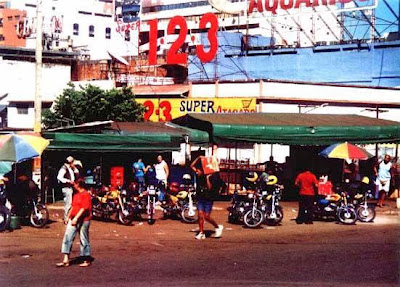 “A vast bazaar of illegal weapons, counterfeit goods and illicit substances is spread out for sale in the markets of Ciudad del Este

, Paraguay’s smuggling capital. The city is conveniently located at the convergence of the borders of three countries (Brazil, Argentina and Paraguay), making it the ideal transit point for tax free and often illegal goods headed to all points beyond.” 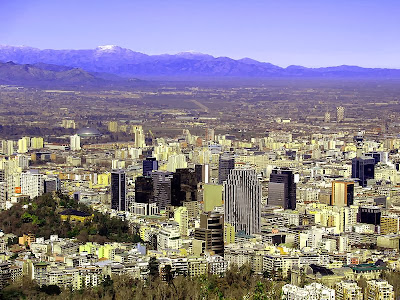 “Santiago de Chile is a modern metropolis with a shiny face and has one of South America’s most dynamic economies. At the same time, struggling street vendors board city buses to hawk everything from pins to ice cream, and housemaids ride for hours to scrub floors and change nappies in exclusive suburbs. First and foremost, smog-blighted Santiago is a city of commerce, but there are rewards for the patient traveler – its thriving culinary and artistic enclaves are a joy to discover, and less than an hour away are world-class ski resorts, famous beaches and the colorful port city of Valparaíso.” 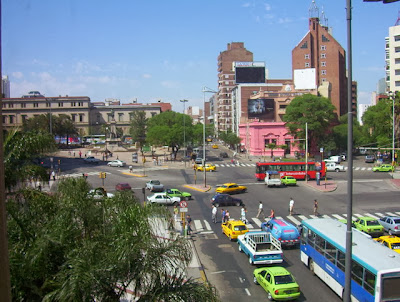 “The second largest city in Argentina

, with about 2 million inhabitants, and is the capital of the Cordoba province

. It is located in the heart of the Argentinean territory on the Pampas

. The city is surrounded by valleys, formed up by three main mountain groups. It is known for the colonial buildings in the center as well as for the beautiful hills in the surroundings.” 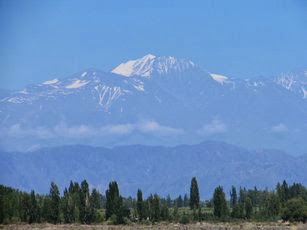 “Mendoza is a city in western Argentina

, in the desert Cuyo

region. Mendoza is the center of the Argentinian wine industry, for which it is world renowned. It is also near the Aconcagua

, the highest mountain outside of the Himalayas